Who do you believe to be the top MLB outfielders in the world based on the 2021 season rankings as we start the 2022 season?

The outfielder can play left field, center field, or right field, one of the three defensive positions.

They provide a vital role by catching fly balls and ground balls and bringing them back to the infield.

The task of ranking the top outfielders is challenging.

However, we have put together a list of some of the top MLB outfielders in the world based on the rankings from the 2021 season prior.

These outfielders are at the peak of their game according to their total MLB statistics during the 2021 season. So without further ado, let’s go straight into the list.

More Face About Top 12 Best MLB Outfielders in the World

The Chicago Cubs initially signed the 25-year-old in 2013 for a signing bonus of $2.8 million.

In 2013, Jimenez was regarded as the top international free agent.

His outstanding speed, intellect, and gap-to-gap power earned him the title of “five-tool player” in MLB.

But the Cubs transferred Jimenez to the Chicago White Sox in July 2017.

Before making his Major League Baseball debut in 2019 with the White Sox, Jimenez was sent to the minor league.

He agreed to a $43 million, six-year deal with the Sox before making his debut in 2019.

It was the highest-paying contract ever signed by a player with no prior MLB experience.

Michael Brantley of the Houston Astros is on number 11.

The 35-year-old, often known as “Uncle Mike,” is the son of Mickey Brantley, a former MLB player, and hitting instructor.

Brantley was taken 205th overall by the Milwaukee Brewers in the seventh round of the 2005 MLB Draft.

After that, he joined the team and played his first minor league game.

He was sent by the Brewers to the Cleveland Indians in 2008. Brantley debuted in Major League Baseball the next year. Up until the 2018 season, he was an Indian.

He once more re-signed with the team for another two years and $32 million on a similar contract.

He recorded the fifth-longest postseason hitting streak in MLB history in 2021, the longest by an Astros player.

The next year, Ozuna made his minor league debut. In 2013, he debuted in the MLB.

He was a member of the Marlins from 2013 to 2017 until being moved to the St. Louis Cardinals.

He had his breakthrough season in 2017.

He re-signed with the Braves in 2021 for four years on a contract for $64 million.

Fielding Bible Award, Wilson Defensive Player of the Year Award, and AL home run leader
On our number 9 of the best MLB outfielder, we have a 30-year-old professional player for the New York Yankees, Aaron Judge.

The Yankees chose him in the first round of the 2013 MLB draft.

Judge signed with the team for a $1.8 million signing bonus. He made his MLB debut in 2016.

He had a record-breaking rookie season in 2017 after he hit a home run in his first MLB career at-bat.

A state batting average of .269, home runs of 200, and 518 runs batted in
The 32-year-old George Springer is a professional baseball outfielder for Toronto Blue Jays.

In the first round, the Houston Astros drafted him at 11th overall in the 2011 MLB draft.

Springer played the right fielder, although he also played as a center fielder before becoming an outfielder.

He is a professional player with the Philadelphia Phillies.

Harper has been described as a “five-tool player.”

The Washington Nationals picked him as the first overall pick in the 2010 MLB draft.

The contract was the largest contract in the history of North American sports at the time.

Over the years, MLB has had a lot of outstanding relief relievers.

The Miami Marlins chose the player in the first round of the 2010 MLB draft.

After the draft, Yelich signed with the Marlins with a $1.7 million signing bonus. He made his official MLB debut in 2013.

In 2018, the Marlins traded him to the Brewers. One year later, Yelich became the sixth player in MLB history to hit a home run in each of his team’s first four games.

In 2020, he got the largest deal in the Brewers’ history.

The Brewers signed him on a $215 million, nine-year extended contract.

Aside from MLB, he was part of the United States national baseball team that appeared in the 2017 World Baseball Classic.

In the 2021 season, Yelich was incapacitated for roughly half of the months of April and May owing to his chronic back ailment.

Read the biography of Christian Yelich!

The 27 years-old Los Angeles Dodger player is the son of the former MLB player, Clay Bellinger.

The Dodgers drafted Cody in the fourth round of the 2013 MLB draft. Bellinger made his MLB debut in 2017.

Bellinger was a terrific rookie and his most successful season came in 2019.

He got a one-year extension contract for $16.1 million with the Dodgers following his accomplishment.

Currently, Bellinger is one of the finest hitters in MLB right now.

In the 2021 season, he missed numerous games due to injuries.

He signed a $17 million contract with the Dodgers, avoiding salary arbitration on December 23, 2021.

After signing with the Braves, Acuna made his debut in the minor league in 2015.

He was the second-youngest player to join the club.

Furthermore, he hit his fortieth home run and became the youngest big league player to enter the 40-30 club.

His 2021 season ended abruptly after suffering a leg injury.

Before then, he had the fastest sprint speed of all major league right-fielders.

The same year, Soto made his MLB debut and became the youngest player to play in MLB.

In the 2019 World Series championship, he played an integral part in the Nationals’ winning the championship.

Similarly, the same year, Soto became the fourth player in MLB history to have 100 extra-base hits before age 21.

Two years later, in 2021, he qualified for the batting crown. After that, he became the youngest player in NL history to win the title.

He was selected by the Boston Red Sox in the fifth round of the MLB draft in 2011.

Initially, Betts played at the second base and outfielder position and made his MLB debut in 2014.

He later became the center fielder, then in 2016, he became a right fielder.

Then after playing until the 2019 season with the Sox, he was dealt to the Los Angeles Dodgers on February 10, 2020.

Then in July, he signed a 12-year contract deal worth $365 million, which also included a $65 million signing bonus.

It is the biggest contract ever in the franchise’s history and the third-richest contract in the history of North American sports.

Betts is the MLB’s first player in history to win the Most Valuable Player, Silver Slugger, Gold Glove, batting crown, and World Series in the same season.

With the history of being one of the oldest major sports leagues, there is little doubt that numerous pitchers have played in the league. Read more here!

The Angels drafted the nine-time MLB All-Star in the first round of the 2009 MLB draft.

Trout was named the Angles’ third-best prospect and the 85th in all by Baseball America.

He was selected by the Angles using their compensation pick from the New York Yankees.

In 2011, he debuted in MLB and was named the Rookie of the Year Award.

It was the second-richest contract in the history of North American sports, and it was the third-highest in professional sports.

Mike is considered one of the most outstanding young players in baseball.

Looking at his statistics and wins, there is no doubt about him being one of the exceptional players in MLB.

These players had some impressive MLB records as outfielders at the end of the 2021 season.

Since we are already in the midway of the 2022 season, we can only hope for more significant plays from them.

It is intriguing to see which player will stand among the rest at the end of the season.

With that, we will be ending our list for today.

Thank you for riding with us until the end! 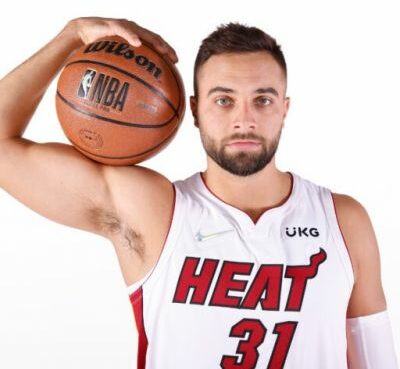 Max Strus is an NBA basketball player. Max Strus has participated in games for the Chicago Bulls and Windy City Bulls as a free agent. The soon-to-be-famous basketball star presently competes for the
Read More 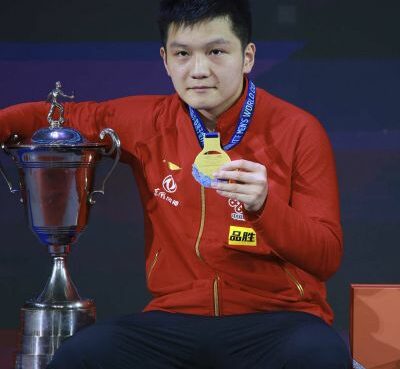 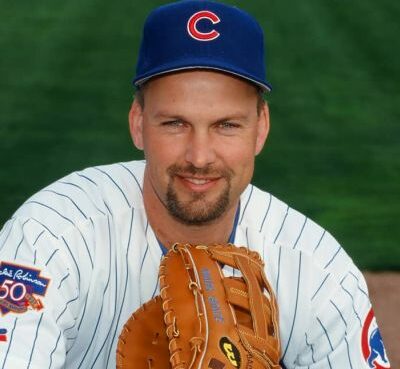 Who is Mark Grace? Mark Grace, a three-time All-Star turned coach turned analyst, has done it all in the sport of baseball. Mark Grace began her career as a player and is now one of MLB's greatest co
Read More