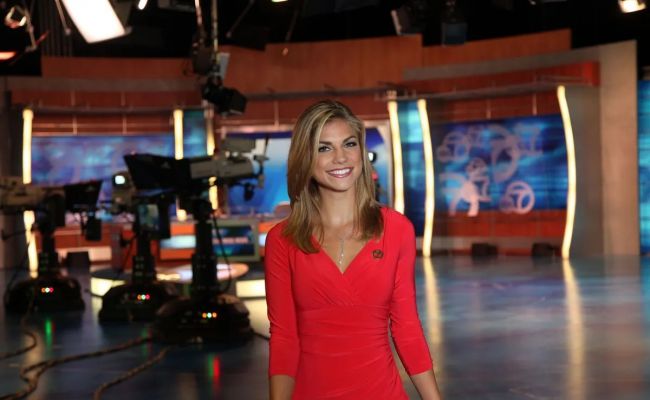 Who is Bri Winkler?

Bri Winkler is an American meteorologist. Bri Winkler is well-known among fans for her time at ABC7. She left the job in 2017, but she will always be remembered as a cheerful reporter. In her personal life, Winkler suffered from a stroke, which she fortunately recovered from quickly.

Bri Winkler was born in Massachusetts on October 24, 1987.

She is also the child of John Karsten Winkler and Terry Shaw.

Bri’s father used to work for the Massachusetts Department of Environmental Protection as the Permit Chief.

Bri is also not related to actor Henry Winkler.

Her parents divorced a while ago. Bri’s parents are currently involved in separate relationships.

On the one hand, her mother has been married to her boyfriend since April of this year.

Bri, a former weather reporter, shared photos from her wedding day with her family.

John has been dating Pamela since September 2012, according to his Facebook page.

Bri has a loving relationship with both of her parents, despite their differences.

She used to share a lot of pictures with her parents on Instagram when she was active.

Bri considers her two siblings to be her rock. Her brother’s name is Dave Winkler.

He is currently married to his girlfriend and the father of four children, two girls, and two boys.

Bri’s sister Tara Yarsites Riggs, on the other hand, is happily married to her husband, Eben Riggs.

Bri gets along well with her siblings, and they spend time together whenever possible.

Bri pursued a Bachelor of Science in Marine and Atmospheric Science after graduating from high school.

From 2005 to 2009, she majored in Meteorology with minors in Math and Broadcast at the University of Miami.

She was a member of the Atmo Club, Chi Epsilon, Pi Honor Society, NewsVision, and SportsDesk while in college.

She decided not to further her education and began working immediately after graduating from college.

After a decade away, she returned to the Masters of Environmental Science and Management, Energy, and Climate program in 2017.

Bri was hired as a weekend meteorologist by KABC-TV, an ABC7 affiliate, by chance in 2011.

She relocated to the Greater Los Angeles Area after joining the network.

She began working in September 2011 and left after five years in May 2017.

She’d decided to pursue a Master’s degree at the time.

Prior to ABC7, she began her career in 2009 at the Nexstar Broadcasting Group in Amarillo, Texas.

She was employed there until 2011.

Because she had little experience and being chosen by such a large network felt strange.

Kyle Hunter, a veteran meteorologist, filed a discrimination lawsuit against KABC-TV shortly after her selection.

Kyle had also applied for the same position for which Bri had been chosen.

Kyle believes that given his extensive experience, he should have been chosen for the position.

Kyle also claimed Bri did not even submit a formal application for the hiring process.

What Will Bri Winkler Do in 2022? A Santa Barbara Climate Specialist

In 2018, she began working at the Environment Defense Center, a year after leaving ABC News.

She worked as a research assistant in Scoping Ocean Plastics at the University of California after seven months at the institute.

She has been working as an Energy and Climate Specialist for the City of Santa Barbara since 2019.

Bri Winkler experienced this on September 12, 2012, the day after Patriot Day.

Bri was about to wake up at 5:oo a.m. for her daily exercise, so it was just another ordinary day.

She began to lose hearing in her right ear, which was followed by numbness on the right side of her face, arms, and leg.

When Winkler couldn’t stand any longer, she crawled to the phone and dialed her sister, Tara, who lives in Boston.

When Tara heard about the situation, she assumed it was due to a lack of pressure. Bri was then persuaded to crawl towards the kitchen and eat something that might help.

Tara dismissed the possibility of a stroke because their family had no history of the condition.

She later realized, however, that it was far more serious than just low blood pressure.

As a result, she requested that one of her friends who lived nearby call 911.

Bri was rushed to Huntington Hospital by paramedics who arrived quickly.

Bri had a rare case of stroke, which was caused by vertebral artery dissection, according to preliminary testing.

According to the doctor, the incident could have been caused by a specific yoga pose or chiropractic manipulation that Bri performed prior to the incident.

Bri Winkler Is Dating Who? Is she really in a relationship?

First and foremost, Bri Winkler is not engaged to anyone. There has been no word about her engagement until now.

Several tabloids started rumors that were completely false and ambiguous.

Many of them claim she has been engaged to someone since 2017. Nonetheless, everything is false.

In terms of her current relationship status, she is not dating anyone at the moment, according to her social media posts.

She hasn’t been active on Instagram in a while, and she only recently made a few tweets after a long absence.

Bri previously shared a photo from her senior prom night.

She chose one of her closest friends, Frankie, as her prom date back then.

Even if she is dating someone, we wish the couple nothing but the best. Kelley Phleger, who is Don Johnson’s wife? Some Fascinating Facts

Phleger (birth name, Mary Phleger) was born on June 22, 1969, under the sign of Cancer. Kelley Phleger is a former UC Berkeley student.  In 1999, the TV and film star married Phleger in San
Read More 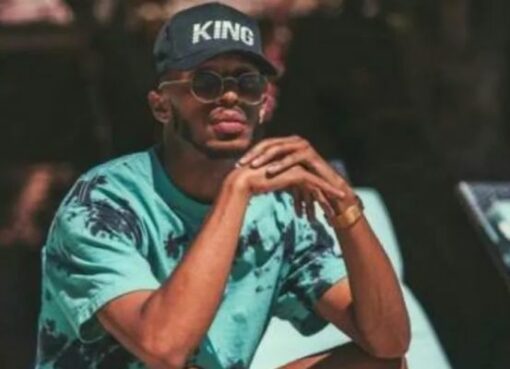 Devion Cromwell is an American celebrity child. Devion is best known as Floyd Mayweather's adopted son. He was born in the United States in 1996. He can be found on Instagram under the
Read More 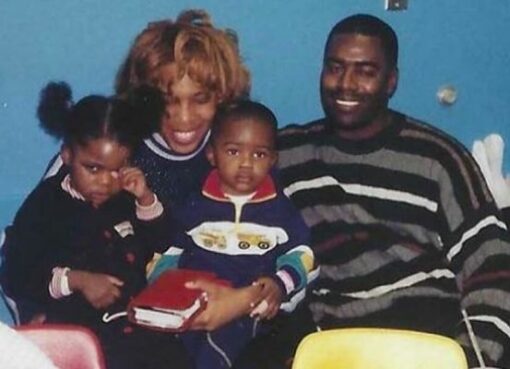