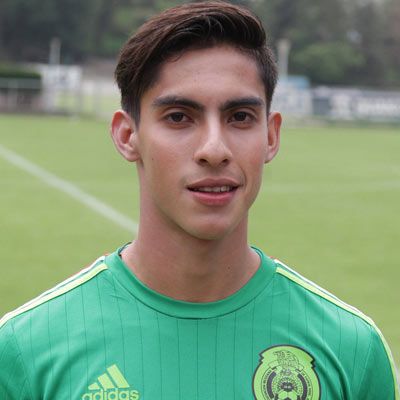 One of the best teams in North America is the Mexican national soccer team, widely known as El Tri. Their top soccer players are the cause. The most successful national team in the CONCACAF region throughout history is the Mexican squad.

Additionally, they frequently participate in the FIFA World Cup and other illustrious international competitions.

There is therefore nothing more startling than to witness Mexican soccer players competing for some of the best teams in the world.

Several teams, like Atletico Madrid, Benfica, Ajax, Juventus, etc., have had Mexican players on their rosters.

Therefore, we pondered who the best Mexican soccer players are at the moment.

To address this, we’ve compiled a list of the top soccer players.

Ranking the players is a difficult undertaking, but we have created one after considering their statistics and contributions.

Without further ado, here is our list of the top ten Mexican soccer players.

As our main source, we have produced the list from NBCSports. However, let’s first take a look at the general listing’s ranking before diving into the specifics.

Uriel Antuna, a 25-year-old player, is ranked number 10. The athlete is a winger for Cruz Azul of Liga MX and the Mexican national team.

At the Santos Laguna youth academy, Antuna began his professional career. In 2017, he debuted as a senior with the Laguna.

In the same manner, the Mexican player debuted for his country’s national team in the Under-20 division.

He has commitments from LA Galaxy and FC Groningen. He was acquired by Liga Mx team Guadalajara in 2019.

Similarly, Atuna has made his national team debut for the Mexican Under-21, Under-23, and senior teams.

He is renowned for his nimbleness, quickness, and dribbling skills.

His playing style was described by ESPN as “unrefined” but “interesting.”

Have you ever wondered which soccer players from Portugal are the best? Or, have you ever questioned which clubs they are a member of? To learn more, click here!

The center-back for Celta Vigo and gold medalist at the Olympics, Nestor Araujo, comes next. Nestor plays football for Mexico’s national team.

The 31-year-old national team player made his international debut in 2011.

Araujo made his professional debut before being loaned to Santos Laguna, where he later became a member of the team in 2014.

He won Liga MX twice while playing for Santos in over 100 games.

In 2018, four years after being acquired by Santos, Celta acquired him.

At the 2012 Summer Olympics, Nestor took home the gold medal.

The eighth-best Mexican soccer player in our current rankings is 25-year-old Erick Aguirre.

He began playing professionally in 2014 for Liga MX team Monterrey as a left-back.

From 2012 to 2015, Aguirre participated at the Morelia youth academy before to making his professional debut.

Pachuca acquired Aguirre in 2016. Before making his senior national team debut in 2018, he previously competed in the Under-20 and Under-23 levels.

Aguirre competed in the 2020 Summer Olympics and took home the bronze.

He was acquired by Monterrey in 2021. According to reports, Erick is a player who can perceive the game in slow motion.

Next, we have 28-year-old Carlos Salcedo, who is now ranked seventh among the greatest Mexican soccer players. He plays center defense professionally for Toronto FC, a Major League Soccer team and member of the national squad.

Salcedo was a member of the Guadalajara, Tigres UANL, and Real Salt Lake youth academies from 2006 until 2013. Then, in 2013, Salt Lake moved him to the senior team, where he played in his first senior game.

Similar to this, Salcedo debuted for his country in the Under-21 category in 2014.

He has since participated in the 2019 CONCACAF Gold Cup, the 2015 Copa America, and the Copa America Centenario.

Additionally, he participated in the national team’s appearances at the 2018 FIFA World Cup, 2017 FIFA Confederations Cup, and the 2016 Summer Olympics. He joined Toronto in 2022.

Edson Alvarez is the current No. 6 best soccer player in Mexico.

He is a professional athlete 24 years old who is currently under contract with both the Mexican national team and Eredivise club Ajax.

From 2014 to 2016, Alvarez was a member of the America youth club, and the following year, he made his senior squad debut. Similar to that, he earned his national team debut in 2015 with the Under-18 division.

Alvarez was signed by Ajax for a reported $17 million in 2019 on a five-year deal.

Alvarez doubles as a center-back and defensive midfielder most of the time.

We have witnessed some of the best forwards in soccer during the course of the year.

But which soccer players do you believe to be the finest up front? Click here to learn more.

Diego Lainez, a professional winger for the Mexican national team and Spanish football club Real Betis, is 22 years old. The American Youth Academy was where he began his professional career.

Lainez was a member of the youth academy from 2012 until 2017, at which point he was elevated to the senior team.

He made his professional debut against Leon three days after making his debut in a game against Santos Laguna.

Lainez, who was 16 at the time, made his first team debut following his league debut. He was among the club’s youngest players to do so.

In a similar vein, he made his debut for his country at the 2017 CONCACAF U-17 Championship.

He was the Liga MX player who left the league at the youngest age. He was also the second-most costly Mexican player ever transferred to a European team.

Lainez further took part in the 2020 Summer Olympics. Along with the Mexican Olympic squad, he received a bronze medal.

Hector Herra, a midfielder for Atletico Madrid and the Mexico national football team, is currently ranked as the fourth-best Mexican soccer player.

Herrera attended the Pachuca youth program from 2007 until 2011.

In the 2010 CONCACAF Olympic Qualifying Tournament, the 32-year-old made his senior team debut.

In the 2012 CONCACAF Olympic Qualifying Tournament, Hector made his national team debut.

Herra joined Porto in 2013. Despite having a difficult first year with Porto, the player quickly established himself as a key member of the squad.

He was also the team captain during the 2015–16 campaign.

In addition to being a member of the national squad that won the 2015 CONCACAF Gold Cup, Herra won an Olympic gold medal in 2012.

In addition, he was a member of the squad that competed in the Copa America Centenario, 2013 and 2017 FIFA Confederations Cups, and the FIFA World Cups of 2014 and 2018.

He joined the Monterrey Youth Academy where he started his professional playing career.

Corona participated in the youth academy from 2008 to 2010, and in that year, he made his senior debut. Since then, he has played for Twente and Porto before signing a three-and-a-half-year contract with Sevilla in 2022.

He made 287 appearances while for Porto, where he captured two Primeira Liga championships. At the 2013 CONCACAF U-20 Championship, Corona made his international debut.

He made his senior national team debut against the Netherlands in a friendly in 2014.

He competed for his country in the 2015 CONCACAF Gold Cup winning squad.

He is one of the top Mexican players and a creative winger with amazing agility and dribbling skills.

Hirving Lozano, who plays for both the Mexican national soccer team and Serie A club Napoli, is our second choice for the top Mexican soccer player right now. In 2014, the 27-year-old began his senior career.

From 2006 to 2014, he was at the Pachuca youth academy. Later Lozano made his senior squad debut with the team. With Pachuca, he played 152 games, scoring 44 goals for the team.

In 2017, Lozano was signed by PSV Eindhoven, and in his debut season with the team, he won the Eredivisie and was the team’s top scorer. In 2019, he was signed by Napoli.

He was signed for an estimated €42 million, making him the most expensive Mexican player of all time. Lozano made his national team debut in the 2015 CONCACAF U-20 Championship.

Likewise, Lozano was part of the national squad that made appearances in the 2017 FIFA Confederations Cup, 2018 FIFA World Cup, and the Copa America Centenario.

He is a professional striker who plays for the Premier League club Wolverhampton Wanderers and the national squad.

Jimenez began his soccer adventure with America young academy in 2008. He made his senior club debut in 2011 with the team.

While with the team, he earned his first championship and was the team’s second-highest goalscorer.

He won two straight league titles with Benfica and made 120 games and 31 goals.

In 2019, Wanderers signed him. Jimenez made his national team debut in the 2013 Toulon tournament in the Under-13 level.

He was part of the Mexican national team that earned a gold medal at the 2012 Summer Olympics. 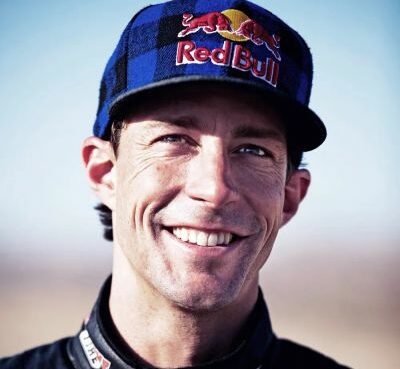 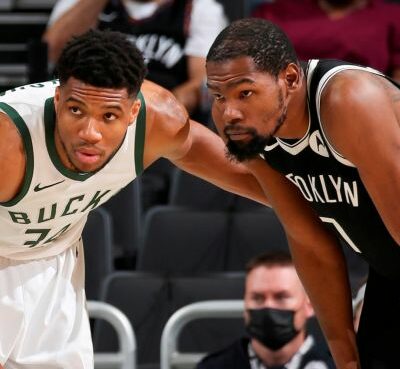 Giannis and Kevin duel in Game 7 buzzes the NBA

The NBA is buzzing as Giannis and Kevin battle in Game 7 The final game between the Brooklyn Nets and the Milwaukee Bucks had everyone firmly seated. Both teams gave it their all to win and advance t
Read More 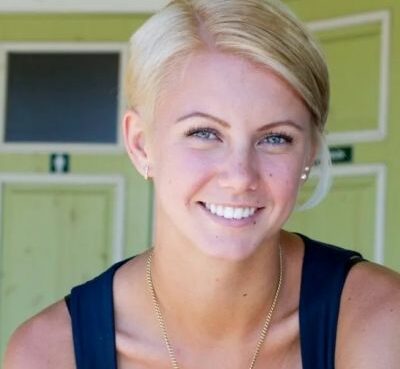 Grete Sadeiko (after marriage, Grete Griffon) is an Estonian heptathlete who competed for Florida State in track and field and rose to fame after marriage to Robert Griffin III. Grete Sadeiko is a pr
Read More