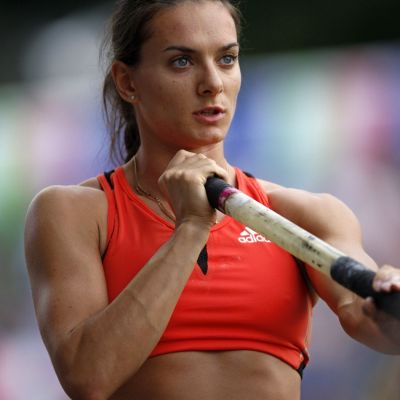 Who is Yelena Isinbayeva?

Her accomplishments include winning two gold medals at the Olympics and three world championships.

She is now regarded as the best female pole vaulter.

Yelena Gadzhievna Isinbayeva, often known as Beauty Bird, was born to Haji Gafanovich and Natalia Petrovna in Volgograd on June 3, 1982.

Her mother was Russian and worked in the boiler room, her father was a Tabasaran who immigrated from Dagestan.

Inessa Isinbayeva is her younger sister.

The Isinbayeva couples tried their best to support their daughters in everything, despite the fact that the family was not wealthy.

Similar to how they brought the sisters, their mother Natalia foresaw a sporting career.

Isinbayeva had been trained as a gymnast from the age of five to fifteen.

She attended a sports academy where she received instruction from Russian experts in rhythmic gymnastics.

She was deemed to be too tall to compete in gymnastics, though.

Education Despite having a strong passion for sports, Yelena made sure to prioritize her academic career.

Yelena earned a Bachelor’s and a Master’s degree after leaving the Volgograd State Academy of Physical Culture.

Additionally, Isinbayeva continued her graduate studies there before moving on to the Donetsk National Technical University to finish her studies.

Isinbayeva scored her first significant victory in pole-vaulting at the 1998 World Youth Games in Moscow, Russia, at the age of sixteen, after six months of arduous training.

At the 200 World Championships in Athletics, Isinbayeva once again won by clearing 4.20 m in front.

Similar to this, she won a gold medal in 2001 at the European Junior Championships with a winning height of 4.40m.

Isinbayeva advanced further with success and took home the gold medal at the European Under 23 Championships with 4.65 m.

In 2003, she set her first world record at a competition in Gateshead, England.

At Donetsk, Ukraine, Yelena broke the previous indoor world record with a height of 4.83 m.

Similar to this, she won the gold medal in the World Indoor Championships by breaking Feofanova’s previous record with a jump of 4.86 meters.

Moreover, Isinbayeva won the gold medal with a jump that measured 4.91 meters at the Athens 2004 Summer Olympics.

Later, she beat her own record at the Memorial Van Damme in Brussels by leaping 4.91 meters.

Yelena was voted World Athlete of the Year for her exceptional accomplishments.

She was named World Athlete of the Year for her victories in the Olympic and World Indoor competitions as well as her eight world records.

Isinbayeva, a dual champion of the world and Europe, broke the indoor record at the European Indoor Championship with a leap of 4.90 m.

She also broke the world record four times in three successive meetings at the start of 2005.

She became the first person to break the record in Lausanne, Switzerland, adding an extra centimeter to her personal best (4.89m).

Additionally, she improved by 2 cm in just eleven days to clear 4.95 minutes in Madrid, Spain.

She then increased the bar to 5.00 m in Crystal Palace, London.

Isinbayeva became the first woman in history to break the formerly mystical five-meter pole vaulting barrier with her new record of 5.00 m.

At the 2005 World Championships, Yelena Isinbayeva surpassed her own world mark with a distance of 5.01 m.

Additionally, she defeated the opposition by a margin of 41 centimeters, the largest in an Olympic or World competition.

Yelena had set eighteen world records by the age of 23, and she had already won the title of “World Athlete of the Year” twice.

She brought victory to Russia while she was a World Cup representative.

She also received the Laureus World Sports Woman of the Year award in 2006.

Seasonal Golds from the Olympics and the World

In Donetsk, Ukraine, Isinbayeva once more broke the indoor pole vault record for the globe.

She broke her 20th world record with her leap.

She won the world title with a 4.80 m performance at the 2007 World Championships in Osaka.

She had fallen short of breaking the 5.02 m mark.

She triumphed in all 18 of the tournaments.

She broke her twenty-first world record in Donetsk, Ukraine, with a jump of 4.95 meters to win the 2008 season.

Similar to this, Yelena won the World Indoor Championship for the third time in a row in Valencia, Spain.

She set a new record with a jump of 5.03 meters in the season’s first outdoor competition following the 2005 World Championship, which was held at Rome’s Golden Gala.

She leaped at a height of 5.05 meters at the 2008 Summer Olympics, using two vaults to extend her Olympic title reign.

She established a world record at the time with her performance, making it her 24th overall.

Yelena received the IAAF title of World Athlete of the Year for the third time in her career.

Break and come back

Yelena set her sixth indoor world record at the start of the 2009 season in Donetsk, Ukraine, and made history by becoming the first woman to vault over 5 meters indoors.

Similar to how she received the Laureus World Sports Award for Sportsman of the Year for her accomplishment.

She received a fifth nomination for the honor.

She failed to complete a successful vault in the 2009 World Championships, losing her second match.

She fell at 4.75 m, though, and finished in fourth place with no medals for the second race in a row.

She made the decision to leave the sports profession after suffering such a setback at important competitions.

The Russian athlete added that she needed a vacation from the competition.

Isinbayeva was unable to defend her title in the 2010 European Championship due to the break.

Nevertheless, she worked harder throughout her break.

At the Russian Winter Meeting in February 2011, she made her comeback.

She displayed her improved form with a jump of 2.81 meters.

Despite making a comeback, Isinbayeva only took part in a select few competitions.

She also triumphed at the 2011 Diamond League competition with a season-high 4.76 meters.

Yelena put a lot of effort at the World Championships in Daegu, but she was unable to bring home any medals, with a leap of 4.56 meters, she finished in the sixth position.

Isinbayeva comfortably qualified for the finals of the 2012 Olympic Games because of her exceptional performance and accomplishments.

In addition, she set a record throughout the competition, finishing in third place with 4.70 meters.

The two-time Olympic gold champion arrived in Tokyo on July 18, 2021, and is now there.

She seemed to be quite eager for the Olympics to begin.

In addition, the former competitor is now finishing her tenure at the IOC Athletes Commission (AC).

She received an eight-year mandate in 2016.

The former Russian competitor most likely isn’t there to compete, but rather to act as a liaison between athletes and the IOC.

She can also be spotted attending events hosted by the International Olympic Committee (IOC).

Similar to this, she is reassuring supporters that the Olympics are taking place while sporting her pass because there have been concerns that they might be.

Additionally, she frequently uses her Instagram account to encourage and advise competitors to abide by the Covid regulations put in place by the IOC COP.

In the majority of her images, Yelena is shown wearing a mask and following rules.

Despite being barred from the Olympics due to state-sponsored doping, certain Russian athletes are nonetheless permitted to compete.

The Russian flag and anthem, however, are not permitted at the Olympics.

Isinbayeva was prohibited from competing in the Rio Olympics shortly after she announced her retirement.

Nevertheless, she took home two gold and one bronze medal at the Olympics in 2004 and 2008, respectively.

Isinbayeva is used in Toshiba advertisements in Russia to advertise the company’s whole product line.

She also makes an appearance in the Lady’s Speed Stick promo.

She afterward took part in delivering a speech in front of the FIFA delegates in Zurich.

Yelena is a part of the elite athletes’ group “Champions for Peace,” which aims to promote world peace through sports.

Earnings, Salary, and Net Worth

Yelena Isinbayeva, a Russian pole vaulter, is thought to be valued between $1 million and $5 million.

She undoubtedly accumulated such fortune through her job as a pole vaulter.

Additionally, it is said that the vaulter makes between $200K and $700K annually.

However, information about her career earnings is kept confidential.

Isinbayeva is wed to javelin thrower Nikita Petinov at the moment.

Additionally, since they began dating in 2014, the two had been together for around seven years.

Similar to that, the couple wed just before their daughter was born.

Eva, the couple’s lovely daughter, was born in June 2014.

She also served as one of the torchbearers at the 2014 Winter Olympics opening ceremony while expecting.

She also appears to be quite engaged with both her followers and the outside world.

In a similar vein, one can follow her on social media to find out more about her day-to-day activities. 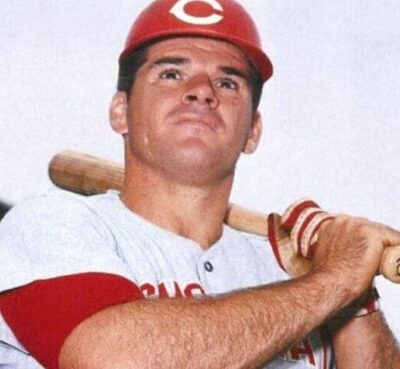 Pete Rose Said His Most Tense Moment Didn't Happen on the Baseball Field or in Prison Pete Rose has seen the best of times and has hit rock bottom. Major League Baseball’s all-time leader in hits pla
Read More 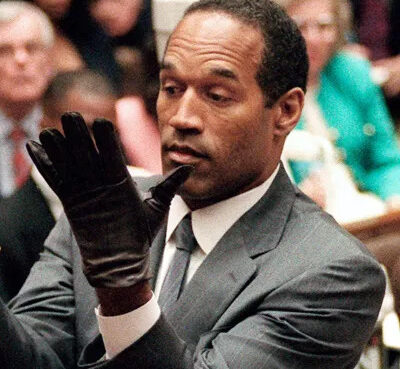 What Is O.J. Simpson’s Net Worth After Paying $33.5 Million and Serving 9 Years in Prison?

How Much Money Does O.J. Simpson Have After Paying $33.5 Million and Serving 9 Years in Prison? To call O.J. Simpson a controversial athlete may be an understatement. Many people associate the former
Read More

Who is Jennifer Hale? Jennifer Hale is a FOX Sports sideline reporter, and award-winning writer. Jennifer Hale worked in politics for nine years before deciding to pursue a career in sports. KNOE, a
Read More