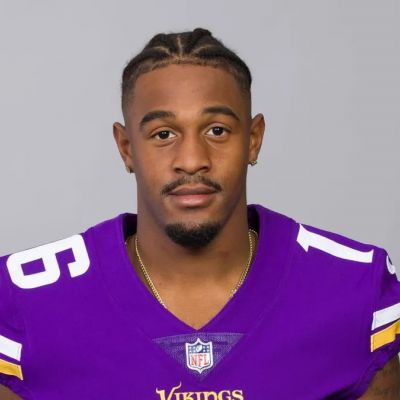 Whop Philyor is a college football player. Whop Philyor played for the Indiana Hoosiers which was named Second Team All-Big Ten in 2019. Whop is one of Indiana’s most experienced and qualified wide receivers.

When he gets the ball in his hands, he is explosive, has unique skills on the field that are entertaining to watch, and his power-packed performance raises everyone’s eyebrows.

Whop Philyor was born in Tampa, Florida, on July 31, 1998, to his parents, Daniel Philyor and Holley Mouling. He is the oldest of eight brothers and sisters.

Furthermore, he is Herschel Walker’s nephew, thus pursuing a football career was more of an inheritance than a decision for him.

Football was always supposed to be a part of his life, no matter what. That’s why Whop had to abandon his baseball career in favor of football, which is a significant sport in his family.

All credit goes to Whop’s father, Daniel, who was all after him and directed him day in and day out to fall into the same bloodline.

His father pushed him to play football instead of baseball. And, over time, Whop was drawn to the gridiron rather than the diamond.

Furthermore, Whop’s mother, Holley Mouling, adds a lot of enchantment to his life and regards him as the type of youngster that is more of a bubbly and active spirit, unbeatable, of course.

She loved him all her life, just like every other mother. Daniel and Holley divorced after thirteen years of marriage, yet they still get along and share Whop and two daughters.

Daniel, Whop Philyor’s father, remained a semipro football player when Whop was born. Moreover, he was more eager to launch his kid into the sports field as soon as possible.

Thus, he took Whop on the field by three years old, which was quite not acceptable to a toddler.

By the time, Whop turned 7, his father Daniel had him running on the basketball court. Daniel made sure that his son Whop grabs a sudden interest in sports at any cost.

And the aftermath was seen real early. Whop notched a 75-yard touchdown as a fullback in his first Pop Warner game.

Okay, not mentioning his mother would be a crime here because Whop’s mom, Holley, has also played a role in building up a strong career and molding him powerfully.

She herself worked three jobs per day to earn bread and butter for her kids. She was a medicare provider with her own staffing firm.

Holley kind of refrained from eating so that her kids would eat abundantly. She made sure that her kids didn’t fall short of money during their school and college life.

She was aggressively fulfilling all their needs and demands without complaining about the hard work that she had to put into.

Whop Philyor’s net worth is unknown.

The best thing broke out as the news back in 2021 when he signed his first contract with the Minnesota Vikings for the basic salary of $660,000.

Additionally, it’s a mere truth that Whop will be having a blast in his NFL career as he has that hard-working mentality instilled in his mind by his mother.

Although, Whop appreciates everything that his parents have done for him.

How did he obtain the moniker Whop?

There is, however, an intriguing narrative behind this as well. Daniel, his father, was enamored with Burger King’s Whoppers, and his paternal relatives began to refer to him as “Whop.”

Another fact is that Whop will always be known to his mother as De Angelo. Everyone has their own preferences, which is just OK.

Daniel would strap his youngster into the back seat of his black 1999 Cadillac STS and drive to the Burger King on Hillsborough Avenue in Tampa, Florida.

Whop always requested the same dish. “I want a Whopper,” Whop would simply declare, broadening his face with a smile.

His father, Daniel, would also make jokes about him, saying things like,

“If he keeps eating all of the time, he’ll become into Whopper.” Daniel referred to him as “Little Whop” when he was younger, but now he is truly Whop.

In any case, the moniker remained with him, and Daniel and others began referring to him as his favorite food.

From the outset, Whop was a happy, jovial, and hilarious kid. He was raised to grin no matter what life threw at him.

To top it off, he was a jack of all trades and a master of one. Okay, that’s not a proper phrase yet again, but it matches his persona.

He’s part Energizer Bunny, part stand-up comedian, and a full wide receiver, according to sources. Aside from his multi-talented abilities, Whop has inherited his father’s confidence and motivation.

Growing up in Tampa, Florida, Whop attended Henry B. Plant High School. Whop yielded 91 passes for 1329 yards and 20 touchdowns as a senior.

Well, during his high school, an initiation to a great friendship got started. From that very time, he knew Indiana Head coach Tom Allen and played with Allen’s son.

Whop got along quite well with Allen’s son, Thomas, and since then, when they were by the field house, he not only played there but hugged Allen every time they met.

Allen also started summoning him as “Whopper.” Actually, the head coach was all pleased with Whop’s daring personality and acknowledged him more.

However, not everything was smooth and sailing in his life.

Whop was already going through personal issues while planning to flourish in his four years of the high school career.

Only Whop knows what he must have felt moving back and forth to different residences.

Whop was stuck with shifting from one place to another; sometimes, he had his living at his dad’s house and sometimes at his grandma’s house.

He missed his mom’s presence as she had to move to Florida for family stuff.

Meanwhile, Whop also had to address physical injury; he hurt his knee as a freshman after being placed on the varsity team.

Finally, things fell into place for Whop during his senior year at Plan. He had a bombarding year.

The plant grabbed its victory over the first 13 games before losing in the Class 7A state championship game to Fort Lauderdale powerhouse St. Thomas Aquinas, which included 17 Division I players in that title game on the roster position.

Although success and fame sparkled a little late during his high school, luck and hard work mysteriously favored him.

His big senior year got him admitted to Indiana University and sequentially became a champ for the team, Indiana Hoosiers.

He became so popular that he is known all about Indiana’s LEO (Love Each Other) movement.

Whop was a 3-star recruit coming out of Plant and was the 199th rank receiver in the country. He in no time became a fan favorite.

He is known as Whop or superstar Whop to some. Whenever asked about him, not all but most of the Indiana football fans appreciate him as the leader of an Indiana offense.

One of the strongest reasons to choose Indiana was his mom’s call. It was all the trust thing going on.

Whop had unbreakable ties with the defensive coordinator and now the head coach for Indiana, Tom Allen.

Whop’s former teammate and Allen’s son, Thomas at Plant, now served as a linebacker at IU. He, at the same time, played a gigantic role in inviting Whop to Indiana.

Thomas always mentioned, “Whop, it’s awesome here. You have got to visit and see here.” He was a host to Whop.

Now, bringing straight upon the game statistics, as a sophomore, Whop had 23 receptions for 235 yards and a touchdown in a total of seven games, which was shortened due to his ankle and knee injury.

Whop was titled as the second-team All-Big Ten Conference during his junior season after yielding 70 passes for 1002 yards and touchdowns.

Following that, he made up his mind to enter the 2020 NFL draft but returned to Indiana for his senior season.

He was also titled to the Fred Biletnikoff Award watchlist, an award given to the top receivers in the FBS annually.

Whop Philyor is probably single because there is not even a bit of gossip regarding his love affairs, hook-ups, and break-ups.

It’s not that Whop must have stayed single to date, but it’s just there is no hearsay about his past love stories.

Or the other way around. He must be one of those guys who likes to keep his personal life private.

But yes, keeping the love affair gossip aside, there is much more to talk about him. And above all, Whop is quite close to his mom, and the relationship needs no explanation at the same time.

As per an interview, they probably talk five times a day, which connects them from Tampa to Bloomington. Their conversation is usually centered on wanting her son to be great.

Holley says she just holds on to him a bit tighter as she has already lost her elder son at a very tender age, and now she does not want to lose Whop.

She is more strict towards him and is considerate about who he brings home and with whom he hangs out more often? It’s just a mom thing that probably every mother does.

Whop has stepbrothers and his former teammate to hang out with, but that does not fill the emptiness of having a blood-related brother.

There is no getting sad for the sports lovers who are huge fans of this young wide receiver, Philyor.

Though Whop has a very minimal number of posts on his Instagram account, we can definitely keep an eye on him.

The links to his social media handles are mentioned below.

You are just a click away from following him and knowing him better. 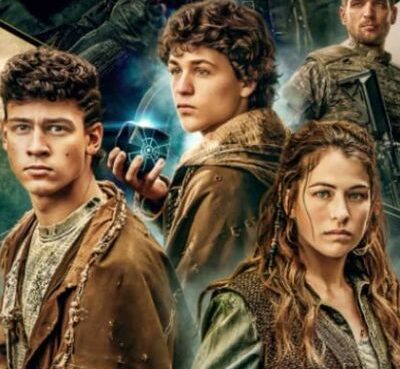 Season 2 of Tribes of Europa: Netflix has a plethora of intriguing sci-fi programs. Tribes of Europa, a series written by Clinton Shorter and directed by Phillip Koch, Jana Burbach, and Benjamin Seil
Read More 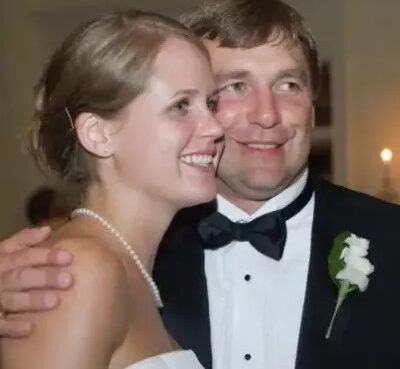 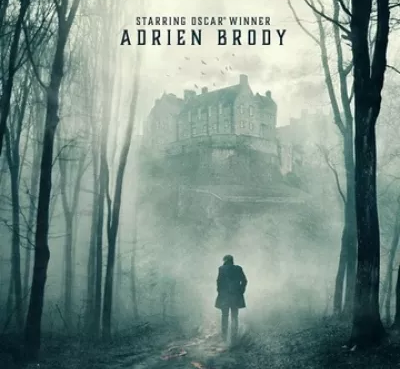 Season 2 of Chapelwaite: Chapelwaite is an American horror series based on author Stephen King's short story "Jerusalem's Lot." It comes as no surprise that this film is brutal and disturbing, as are
Read More