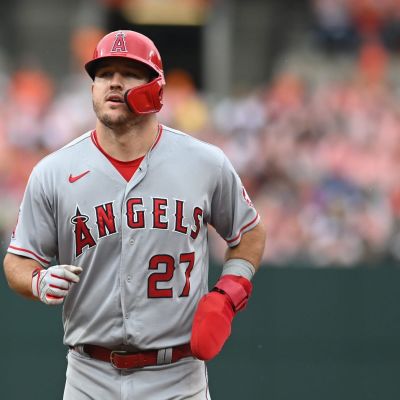 You’ll note that a seasoned player will be in charge of a group of young players when you look at the MLB teams and their center fielders. Being one of the most important responsibilities, only players with talent can fulfill it.

The 2021 season was recently completed, and after analyzing all the facts, we found that some of the best center fielders performed admirably in this position.

As a result, we are ranking some of the best center fielders in the MLB right now.

So let’s check out our list of the best center fielders straight away.

The list was created with the assistance of numerous reliable sources, including Bleacher Report, Dodger Blue, and others. Before getting into the details, let’s have a look at the list.

Byron Buxton of the Minnesota Twins will be our first player on the list.

Although he was the worst-ranked center fielder the year before, he has risen to the top this year.

During the 2012 MLB draft, the 28-year-old player was regarded as the most skilled player available.

In a similar vein, he received the second-highest rating from MLB and Baseball Prospectus in 2015.

In the Minor League, Buxton made his professional debut after being selected by Minnesota with the second overall pick in the 2012 draft. Similar to that, he debuted in the big leagues on June 17, 2015.

He had poor performance in 2018 and was unable to perform due to a toe injury and migraine.

Buxton didn’t have a good season, but he has now turned things around.

He was selected the American League’s Player of the Month in 2021 after hitting.426 with 8 home runs and 14 RBIs.

Which third basemen are now ranked as the best in MLB? Read about 12 of the top third basemen in the league right now by clicking here!

Starling Marte of the New York Mets is the next center fielder on our list of the best players at the position right now.

He is a professional baseball player from the Dominican Republic who debuted with the Pittsburgh Pirates in 2012.

Before making his MLB debut as a professional, he played in the minor league after signing with the Pirates in 2007.

The Pirates traded Marte to the Arizona Diamondbacks in response to his poor performance among center fielders in 2019.

He has since played for the Oakland Athletics and the Miami Mariners.

Marte swiped a league-high 47 bases while playing for both teams in 2021.

Marte’s performance was met with mixed reviews from the Diamondbacks and Mariners, although he has since been able to recover a little. But the two-time Golden Glove Award winner still has much to show to both supporters and detractors.

A professional baseball player from Cuba named Luis Robert debuted in the MLB in 2020.

He was signed by the Chicago White Sox in January 2020, just before he made his Major League Baseball debut, to a six-year, $50 million contract.

Roberts committed to the Sox for the first time in 2017 and received a $26 million signing bonus.

He participated in the minor league squad, quickly moving through the levels.

Roberts immediately contributed to the team after making his debut.

He won the AL Rookie of the Month Award for his outstanding performance.

In a similar vein, Roberts won the Gold Glove Award for center field in his first season, making him only the second Red Sox player in history to do so.

Roberts sustained a full tear of his right hip flexor in 2021, putting him on a 60-day disabled list.

Since then, he has been removed from the injured list, and as of 2021, his MLB statistics reflect this.

Ramón Laureano, a Dominican center fielder for the Oakland Athletics, is currently ranked as the seventh-best center fielder in the world. The 28-year-old baseball player debuted in Major League Baseball in 2018 with Oakland.

Houston Astros selected Laureano in the sixteenth round of the 2014 Major League Baseball Draft while he was playing collegiate baseball at Northeastern Oklahoma A&M College.

Laureano participated with teams in the lower league.

Laureano, however, was never able to play for the Astros in the major league.

Although he didn’t play well in his debut game, on August 20 he smashed two home runs.

Laureano was a standout player, but in 2021, MLB punished him for 80 games after discovering he had used nandrolone.

His 2021 MLB season statistics are listed.

Kyle Lewis was a top-100 prospect in the MLB draft when he made his MLB debut.

He had a number of significant titles to his name and played baseball in college.

Lewis was selected by the Seattle Mariners in the first round of the 2016 MLB Draft.

After just 30 games, he made his minor league debut before suffering a severe knee injury.

Lewis’s major league debut match drew little attention despite the fact that he returned to the lower league and was able to do so in 2019. He even had trouble continuing to play.

However, the centerfielder had a successful year in 2020. Since 2001, he was the first member of the Mariners to earn the AL Rookie of the Year award.

Lewis once more tore his right meniscus in June 2021.

As a result, he was put on the injured list and was forced to sit out for the remainder of the season.

It’s challenging to keep up a high MLB batting average, but these players have surmounted this obstacle.

Brandon Nimmo is ranked as the fifth-best center fielder on our list.

He was selected by the New York Mets in the first round of the 2011 MLB Draft.

Nimmo played in the minor league for several seasons after being selected by the Mets.

He was one of the top hitters in the minor league and ranked fourth among Mets prospects in 2013.

However, Nimmo experienced a number of ailments throughout his minor league season.

He has experienced injuries even after making his MLB debut. Nevertheless, Nimmo makes a great center fielder despite this.

He also has a flair for the strike zone, which has enabled him to rank seventh in MLB since 2017 for walks.

Additionally, he had the finest offensive season of his career in 2020.

The MLB 2021 season saw Nimmos put up a.266 batting average, 47 home runs, and 149 runs batted in despite suffering two injuries and missing a few games.

Trent Grisham is the next name on our list, and he now plays for the San Diego Padres.

The 25-year-old athlete debuted in 2019 with the Milwaukee Brewers.

In the first round of the 2015 MLB Draft, Milwaukee selected him.

He hit his first multi-home run season in 2020 and took home the Gold Glove Award for a centerfielder.

Grisham might not be among the fastest center fielders, but his fielding is the best.

Additionally, he has the best leaps of any center fielder there is.

His performance may soon propel him to the absolute top.

But it is not that distinguishes him from the other center fielders; the 27-year-old has already shown that he is one of the best hitters in the game.

Bellinger was selected by the Los Angeles Dodgers in the fourth round of the 2013 MLB Draft.

He made his major league debut in 2017, and after several seasons in the minors, he was named Rookie of the Year.

He also won an All-Star that year.

Bellinger had the finest season in 2019.

He agreed to a $16.1 million one-year deal with the Dodgers once the season was over.

Unfortunately, injuries prevented his 2021 from happening.

The athlete had to miss numerous games as a result, but Bellinger emerged as one of the top center fielders.

George Springer is now ranked number 2 on our ranking of the best center fielders.

The 32-year-old was selected by the Houston Astros in the first round of the 2011 MLB draft and is currently a player for the Toronto Blue Jays.

Baseball America ranked Springer as the 18th greatest prospect in baseball while he was competing in the minor leagues.

His first season, though, did not receive much attention.

Later, in September, it was revealed that Springer would sit out the remainder of the campaign.

After moving to center field in 2017, he experienced success.

He won an All-Star, a Silver Slugger Award, won the World Series, and was named World Series MVP in 2017.

But after a sign-stealing scandal broke, his career was tarnished.

His performance has consistently been among the league’s best.

The catcher’s job might look easy, but they have a lot of pressure while crouching behind the batters.

The Angeles drafted him in the first round of the 2009 MLB draft.

Trout was selected by the Angels using their compensation pick from the New York Yankees.

He played in the minor league, and before the 2010 season, Baseball America named him the Angles’ third-best prospect and the 85th in all.

The following year he won the Rookie of the Year Award.

The 29-year-old has been on a roll since, winning various titles and awards.

This was the second-richest contract in the history of North American sports while being the third-highest in professional sports.

Trout is regarded as one of the most outstanding young players in baseball.

Anyone having doubts about his skills can look at the long list of career highs and awards he has accumulated over the year.

The players on the list all have proved that they deserve the position with their statistics.

While few of the center backs have made a comeback, some have climbed their ranks.

MLB is a tough league, and the players will have to be in their top game.

We can only hope that these players can continue to win the fans and critics with their performance. 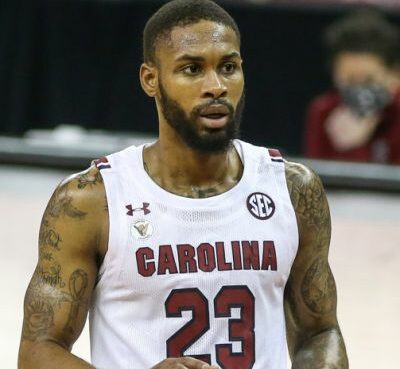 Who is Seventh Woods? Seventh Woods is a well-known Basketball Player. Seventh Woods was born in the United States on August 7, 1998. 6'2" point guard who rose to prominence while playing for Hammond
Read More 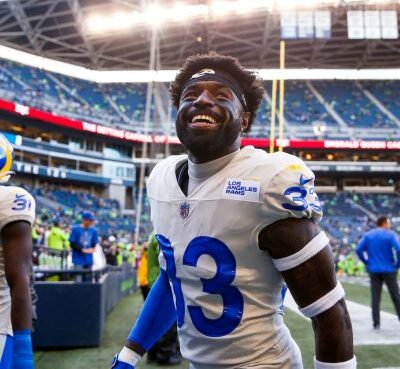 Who is Nick Scott? Nick Scott, also known as Nicholas Michael, is a 27-year-old American Football strong safety for the Los Angeles Rams of the National Football League. He was selected by the Rams i
Read More 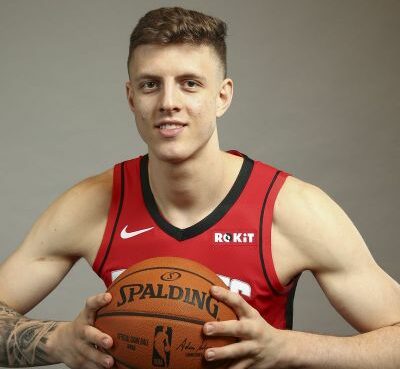