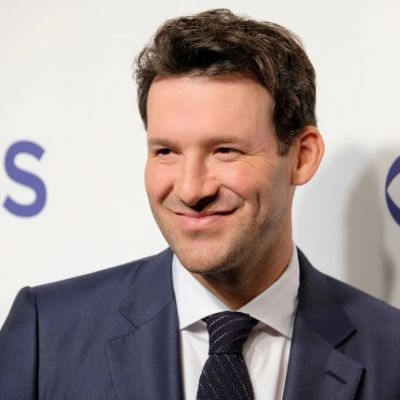 Who is Tony Romo?

Tony Romo is a former NFL quarterback who now works as a CBS sports analyst. Tony Romo has spent 14 seasons with the Dallas Cowboys since 2003. Aside from that, he was named to the Pro Bowl four times until retiring due to a back ailment in 2016.

For CBS’ NFL telecasts, the quarterback serves as the principal color analyst.

He works with Jim Natz, a sportscaster who is also his announcing partner.

Ramiro was a naval officer stationed in San Diego, California.

The family relocated to Burlington, Wisconsin after his service.

Tony’s father found work as a carpenter and construction worker, while his mother worked as a grocery store clerk.

Apart from that, the quarterback has two sisters, Joscelyn and Danielle Romo.

Burlington High School, where he also played quarterback for the Burlington Demons, is where the former Cowboy ended his education.

He was chosen to the All-Racine County football team and the Wisconsin Football Coaches Association All-State first-team during his senior year at the school. He also enjoyed playing golf and tennis.

His college education was completed at Eastern Illinois University.

Tony Romo has a net worth of $70 million.

He makes $17 million per year from the CBS network as of 2022, the highest sportscaster compensation as of 2020. As an analyst, he used to make $4 million each year.

Furthermore, ESPN wanted to work with Romo before he signed but was unable to match the offer.

In addition, he generated roughly $5 million in sponsorships alone in 2015. He signed a $10 million, five-year contract with Starter in 2008.

Romo earned an estimated $127.4 million from his NFL contract alone, according to Spotrac.

He is also involved with United Way, the Make-A-Wish Foundation, and the Society for the Prevention of Cruelty to Animals. He participates in their programs to uplift the communities.

He had a strong college career, finishing second in Division I-AA in passing efficiency his sophomore year.

He finished his junior year as the Division I-AA passing efficiency leader. He also won unanimous All-America honors and became the first Illinois Panther to win the Walter Payton Award.

Overall, he became the first player in OVC history to win Player of the Year three times in a row.

In 2009, the EIU retired his number 17 jersey in honor of his entrance into the EIU Hall of Fame.

Career in the NFL

He was undrafted in the 2003 NFL draft despite being a good player. However, he was later offered undrafted free agency by the Denver Broncos and Dallas Cowboys.

Despite the fact that the Cowboys paid him less than the Broncos, he chose them. He was only a holder in the early seasons.

During the 2004 season, he had one of his most memorable moments when he scored the game-winning touchdown with only six seconds left against the Oakland Raiders.

He was the backup quarterback for Drew Bledsoe in 2006, and in his first game as a starter, he guided the Cowboys to a victory over the Carolina Panthers.

He also assisted them in defeating the Indianapolis Colts. He also got FOX’s Galloping Gobbler Award for assisting the Cowboys in winning a Thanksgiving game.

Romo and the Cowboys started the season well, defeating the New York Giants in their opening game.

The Miami Dolphins, Chicago Bears, and St. Louis Rams were all defeated after that.

During the season, the quarterback threw for 1199 yards, 11 touchdowns, and two rushing scores. In October of 2008, he agreed to a $67.5 million, six-year extension with the Cowboys.

In 2010, the quarterback set a career-best with 406 yards and three touchdowns, but injuries sidelined him. He broke his left clavicle and spent the rest of the season on the sidelines.

Even during the 2011 season, he suffered a broken rib and a punctured lung in a game against the San Francisco 49ers.

With just four seconds left, he came back to score the game-tying touchdown, forcing overtime.

Romo was named NFC Offensive Player of the Week after he and a teammate attempted a game-winning goal and ultimately won the game.

He seriously damaged his hand shortly after, but he returned to the game a week later.

In the whole 2011 season, he accounted for 32 of the 39 touchdowns, the most by any club in the regular season.

The athlete signed a six-year, $108 million contract extension with the Cowboys in 2013.

Following surgery to remove a cyst, he led his side to a victory over the Giants. Furthermore, he scored a touchdown against the Washington Redskins, keeping the Cowboys’ playoff chances alive.

He did, however, suffer a herniated disk and was placed on the injured reserve list.

Tony and the Cowboys won six games in a row during the 2014 season. When an opposing teammate whacked him in the back with his knee, he suffered another back injury.

Despite playing well at the start of the 2015 season, the sportscaster suffered another injury to his collarbone, which forced him to miss eight weeks of action.

In the first half, he did manage to throw three interceptions.

The Cowboys did not win a single game during his absence. When he returned, he had re-injured his left shoulder and was placed on injured leave.

In the 2016 season, he was unable to start the game due to an injury and missed a significant portion of the season.

He played his first game against the Philadelphia Eagles, which also happened to be his final game in the NFL.

Because of his injuries, the quarterback announced his retirement on April 4, 2017. Tony also has a fantastic Playoff Record.

Career as a Sportscaster

He got a job as a lead color analyst for the CBS network after he retired. The idea sparked debate because no other ex-players or coaches had ever been offered a leadership role.

Furthermore, his job offer passed over other broadcasting veterans who would have been ideal for the position.

He did, however, live up to the hype and establish his worth to the network and the viewers. His game predictions are well-liked and admired by all.

He was also dubbed a “genius of football commentary” by The New Yorker. He also extended his contract with the network, doubling his annual compensation.

In 2007, Tony Romo was dating Jessica Simpson, a famous singer, and actress. He allegedly kissed her on their first date and was so certain he wanted to be with her that he kissed her again.

They enjoyed a great three years together until he was troubled by the notion that John Mayer was interested in her in 2009.

Romo broke up with Simpson through email the night before her 29th birthday, while denying there was anything between them, as she claimed in her memoir.

Antonio eventually believed Jessica, Jessica subsequently stated, but it was too late by then.

The Cowboy went on to date and marry Candice Crawford, Miss Missouri USA 2008 and a former journalist.

The father of three is on Instagram, with over 728 thousand followers.

Nonetheless, he does not seem to be quite active on social media as he follows only four people, including his family.

The 40-year-old has 39 posts and shares many beautiful pictures of his adorable kids and wife, his job, his NFL days, and a few with singer Teyana Taylor.

The quarterback has been on Twitter with over 551.5 thousand followers since he joined in 2008.

Moreover, the former footballer shares his projects and ads, and his fellow players, former Cowboy teammates, broadcasters, and media follow him. 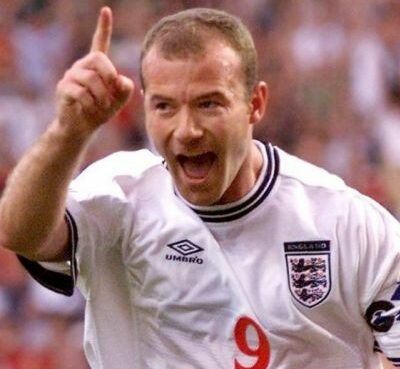 Alan Shearer's Top 26 Inspiring Quotes Alan Shearer was a fantastic striker in his playing days. He is largely regarded as the best striker of his generation and a brilliant Premier League player. He
Read More 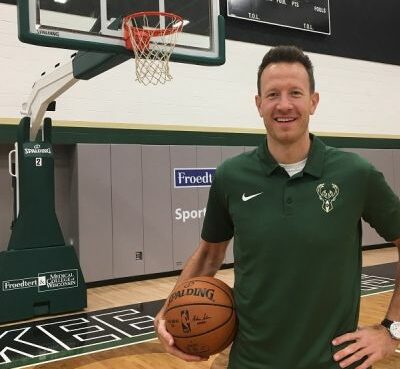 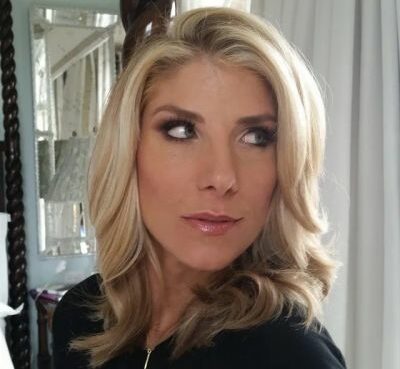