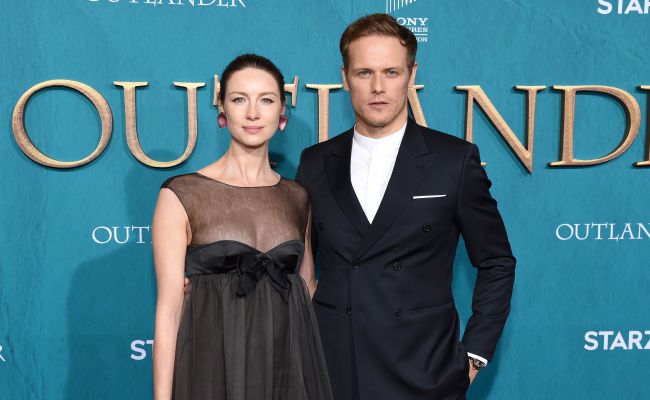 Sam Heughan, 41, has been gracing us with his critically acclaimed role as Jamie Fraser on the smash-hit Starz series Outlander for years. In addition to his widespread popularity, Heughan’s on-screen romance with co-star Caitriona Balfe drew widespread media and public attention.

To be honest, their chemistry as a couple appears so genuine that many Outlander fans believe Heughan and Balfe are dating in real life as well.

They play the roles of husband and wife in the series.

Their relationship appears to be so convincing that fans wonder if Sam is married in real life.

Several reports, on the other hand, claim Amy Shiels to be Sam Heughan’s girlfriend.

Regarding Sam’s dating life, there is a lot of confusion and mystery among fans.

Some think the actor is with Caitriona, while others think he’s with Amy Shiels.

Sam Heughan Girlfriend 2021: Is The Actor Dating Anyone?

First and foremost, the Outlander actress is not dating anyone as of 2021.

So disregard any rumors about his relationship with anyone.

Secondly, there were rumors of Sam’s being secretly married, however, these speculations are false as well. The actor is not in a marital relationship.

The actor himself stated that he is still putting his career above relationships.

Moreover, he also opened up about how difficult it is to find a partner when you have a hectic work schedule.

In an interview ahead of Outlander‘s Season 5 with Inquirer said,

“Certainly, relationships are hard when you’re working in Scotland 10 months a year.

I travel a lot and with any downtime I have, I’m trying to do other projects, so very much, my career comes first. Maybe I will find someone eventually.”

Behind the scene, Sam may be living a single life, but on-screen is a different story.

He is leading a blissful married life with his fictional wife Claire Fraser (played by Caitriona Balfe) in the series, Outlander.

He also confessed that it’ll be amazing to find a real-life romance as he found in reel life as well.

I would like to emulate some of Jamie’s qualities.

He’s very loyal and quite stubborn.

Considering his statement, it is clear Sam loves loyal and a bit stubborn women.

It is still a mystery whether Sam Heughan and his alleged girlfriend Amy Shiels were ever in a relationship.

But some sources suggest that the two dated for a couple of years.

In fact, there are also claims that Sam and Amy could still be dating.

But since there is no response from Sam regarding the authenticity of the claims, things can not be assured.

Back in 2014, Shiels even liked one of their fan’s tweets who wrote that Sam and Amy would make a “beautiful couple.”

Subsequently, in 2016, the budding actress responded to an article that somehow claimed the duo are definitely going out on Twitter, writing, “Nope, not my boyfriend and definitely not a model” with a double-heart emoji.

Further confirming the romance, they allegedly spent a night at the Chateau Marmont in Los Angeles.

When were they first introduced?

They never told me when first they met.

Besides, even after a series of likely gestures, neither Heughan nor Shiels confirmed their relationship publically.

But many online tabloids suggest the two are close pals for over a decade now.

His former bae MacKenzie Mauzy is an actress.

When Did Sam Heughan And MacKenzie Mauzy Start Dating?

The now-former flames began dating in late 2015, as per Ranker.

Heughan and Mauzy’s relationship rumors first emerged when they were spotted together at her 27th birthday party back in 2015.

The two made their first public appearance together in Feb 2017.

The Exes Were Big-Time Adventurers

Heughan and his now ex-girlfriend Mauzy also experienced together a lot of adventure.

On 30th July 2017, the actor shared a photo with MacKenzie on Insta before the two went for a Hungarian GP.

Heughan himself is an avid traveler. Whenever he gets time, he makes sure to visit a lot of exotic locations.

He preferably likes to have over-the-top action adventures like skiing and whatnot.

Besides, Sam and MacKenzie appeared for the last time on social media back in May 2017.

At the time, Sam’s co-star Caitriona Baffle posted a snap on her Twitter in the honor of his 37th birthday celebration.

Sam and MacKenzie’s romance slowly faded away from the spotlight.

How Did Their Relationship Come To An End?

Heughan revealed they broke up amicably after Mauzy was targeted by social media trolls.

While talking about the trolling, Sam said, “Initially, it is upsetting but, ultimately, it doesn’t mean anything. It feels like a schoolyard thing.”

Despite all that, the two still remain very close to each other.

His Ex-Girlfriend MacKenzie Mauzy Was A Divorcee

However, they could not last long and divorced after two years of their wedding in 2014.

Back in 2014, Sam was also reportedly linked to Cody Kennedy, an actress.

The two never opened their romance to the media but sources reported the two dated for a while in 2014.

As of 2021, the actress is possibly single and is not dating. 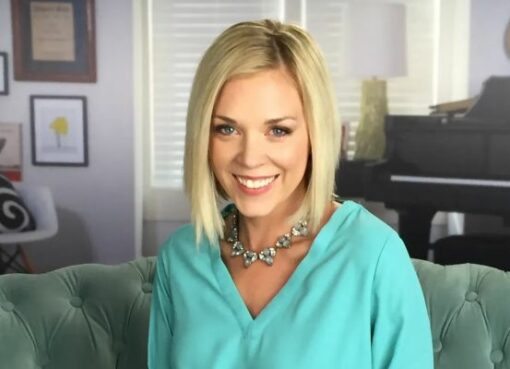 What Is Kortney Wilson Up To?

Kortney Wilson is currently a successful singer, actor, designer, and TV presenter. Kortney is also well known for her appearance on the real estate show Masters of Flip, which she co-hosted w
Read More 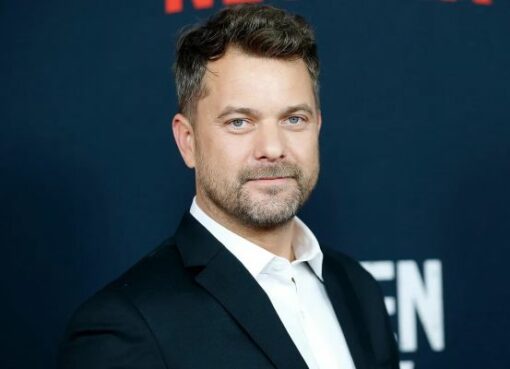 Joshua Jackson is a well-known actor. Jackson has been the subject of much media attention in recent years due to his ultra-secret relationship with his girlfriend-turned-wife Jodie Turner-Smi
Read More

Who Is Raymond Arroyo? His Married Life

Raymond Arroyo is the New York Times bestselling author. Raymond and his wife have set an example as a perfect couple with a marriage that has already spanned several decades. The couple mar
Read More