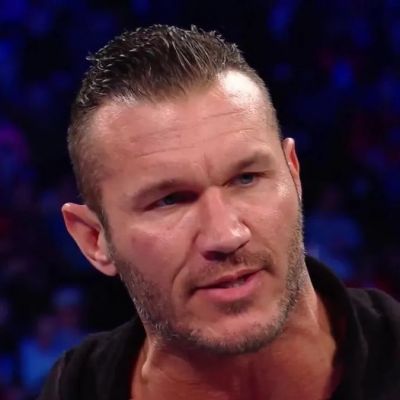 Randy Orton was the son of professional wrestler Bob Orton Jr. and nurse Elaine Orton and was born on April 1, 1980, in Knoxville, Tennessee, United States of America.

Furthermore, the wrestler’s grandfather Bob Orton and uncle Barry Orton are both professional wrestlers. Nathan, his younger brother, is a stand-up comedian.

His parents tried to persuade him to stay away from the business in his early years because they were aware of the difficulties that a professional wrestler faces.

He attended Hazelwood Central High School, where he received his diploma in 1998. Randy was an amateur wrestler at the time.

Randy Orton’s body is covered with tattoos. He has his wife Kim’s name tattooed on his finger and tribal barbed wire on his upper back across his shoulder.

Likewise, he has a bible passage from Peter 5:8 on his right arm by covering previously written “United States Marine Corps.”

In addition, he also has a rose tattoo on his left arm with his daughter Alanna’s name and birthday.

Randy Orton | Net Worth and Salary

He is listed fourth in Forbes’ highest-paid wrestlers’ list with an annual salary of $2.7 million from his WWE contract.

Likewise, he has a lavish house in St. Charles, Missouri, bought for $1,225,000, and owns several fancy cars like Hummer H2 Dub.

On the other hand, he has made a lot of charity-related contributions in his career.

In particular, he is associated with the Kids Wish Network and regularly contributes to the Make-a-wish foundation.

Randy enlisted in the Marine Corps after graduating from high school in 1998.

However, as a result of disobeying a commanding officer’s order and desertion two times.

In 1999, he was discharged due to bad behavior. Orton also spent 38 days at Camp Pendleton, a military prison.

Orton began his wrestling career in the Mid-Missouri Wrestling Association-Southern Illinois Conference Wrestling in the year 2000.

There, he was trained by his father and other promotion staff. He wrestled for the promotion for a month.

Wrestling in the Ohio Valley

Orton continued his training at Ohio Valley Wrestling in Louisville after signing a deal with the then-World Wrestling Federation in 2001.

He was there, the two-time OVW Hardcore Champion. His notable opponents included Rico Constantino, Steven Richards, and John Cena (then The Prototype).

Orton made his official debut in the WWF on March 16, 2002, at WrestleMania X8’s Fan Axxess, but was only televised on SmackDown on April 25, the same year. His fans flocked to him almost immediately.

He was eventually drafted into the Raw brand. He defeated Stevie Richards in his first appearance on the show.

Later, he joined the Evolution stable, which dominated all of the men’s titles on Raw in 2003, alongside Ric Flair, Triple H, and Batista.

With his self-proclaimed “The Legend Killer” title, he gained notoriety for feuds with respected wrestlers.

During this time, he developed the RKO, his now-famous signature finisher.

Orton became the youngest world champion at the age of 24 when he defeated Chris Benoit at SummerSlam.

He also defended the title against Benoit in a Raw rematch.

His Evolution mates, on the other hand, were not pleased with his victory, and he had several feuds and fights with them, eventually leading to the group’s disbandment.

In January 2005, he also lost the World Heavyweight Championship to Triple H at the Royal Rumble.

Soon after, they have crowned World Tag Team Champions.

Later, they competed against one another, and the team disbanded when Edge was drafted to SmackDown.

Championships of the WWE

In 2007, Orton won the WWE Championship after John Cena was forced to retire due to injury.

On multiple occasions, he regained it with Triple H and retained it with Shawn Michaels, Chris Jericho, Jeff Hardy, John Cena, and Triple H.

In a fatal four-way match in June 2010, he reclaimed the title and successfully defended it against Triple H and John Cena.

However, he lost it to Cena in an “I Quit” match before regaining it in a Hell in a Cell match against him.

Meanwhile, Orton formed an alliance with Cody Rhoades and Manu called “The Legacy” in 2008.

They defeated Batista and Triple H in their debut. But the coalition broke soon in 2010.

After becoming the youngest champion in 2004, Orton won the World Heavyweight Championship for the second time in 2011.

He won it on the May 3 episode of SmackDown against Christian, against whom he defended the title three times.

Further, in a No Holds Barred match in August, he again regained the title against Christian.

Later, in December 2013, he defeated John Cena at TLC to become the last heavyweight champion, the fourth for him.

In the orbit of the WWE United States Championship, he defeated the Champion Bobby Roode to be the 18th Grand Slam Champion.

Proclaimed as “The Legend Killer,” Orton got in feuds many times in his career.

His feuds include the likes of The Undertaker, his former tag team partner Triple H, Dolph Ziggler, The Shield (Dean Ambrose, Roman Reigns, and Seth Rollins), and Sheamus, his former Rated-RKO partner Edge, and many others.

He teamed with Daniel Bryan and Kane on the June 14 SmackDown to end the Shield’s unpinned and unsubmitted streak.

His nickname truly reflected his persona of disrespecting many legends of the competition and defeating them on several occasions.

He also played as a guest in the December 2016 episode of the USA network’s action series Shooter.

He appeared on the talk show Jimmy Kimmel Live in 2004 and on the game show Deal or No Deal with Edge, John Cena, and Bobby Lashey in 2007.

Apart from nine WWE Championships and four World Heavyweight Championships, in his WWE career, Randy has also won two Royal Rumbles, 2013 Money in the Bank, and WWE US Championship.

Furthermore, Wrestling Observer Newsletter has given him titles like Most Improved in 2004, Most Overrated in 2013, etc.

Randy Orton was married to Samantha Speno in September 2007, with whom he had a daughter named Alanna Marie Orton in 2008 before they divorced in 2013.

Later, he married Kimberly Kessler, a member of his fan club, in November 2015. Kim and Randy began dating each other in 2012, after the pair locked eyes at a WWE.

They had a daughter named Brooklyn Rose Orton in 2016 and have been living happily at their residence in St. Charles, Missouri.

Moreover, Kimberly also has three sons from her previous relationship. 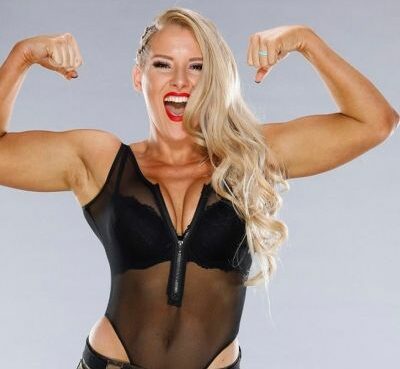 Who Is Lacey Evans? Lacy Evans is the ring name of Macey Estrella-Kadlec, a professional wrestler on the Raw brand. Lacey Evans is dubbed "The Lady of WWE," and she is well-known for her class in her
Read More 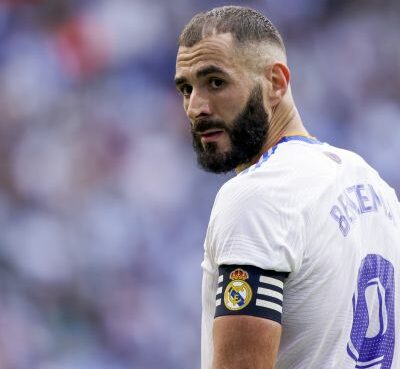 Who Is Karim Benzema? Karim Benzema has spent over two decades as a member of the professional football club and has played a variety of roles for various coaches. Karim Benzema is incredibly adaptab
Read More 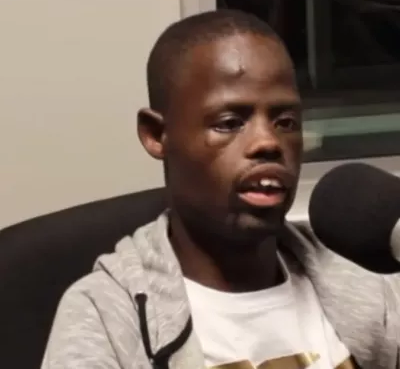