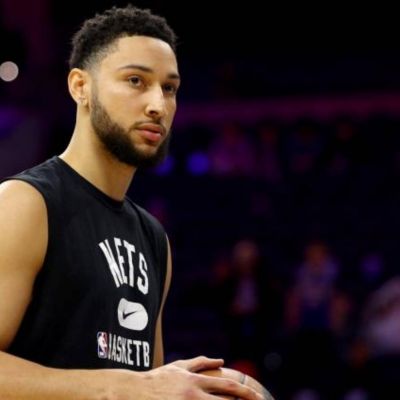 From Kendall to Maya, here is a list of Ben Simmons’s girlfriends.

Ben Simmons’ career as an NBA player has recently made headlines. This 76ers player is making headlines for his role on the team, his trade from Philadelphia, his mental health, and other issues.

Throughout his NBA career, everyone chastised him for his lack of offensive ability. After the 2020-21 NBA season, the criticism intensified.

This greatly contributed to his decreasing prominence on the team and had an impact on his career.

On the floor, he gets chastised for not scoring, but off the court, he is unquestionably scoring.

Throughout his NBA career, the 76ers guard has been photographed with numerous beautiful and high-profile ladies.

In the midst of all the negative news, Simmons was recently spotted spending time with his new girlfriend, Maya Jama. He began dating Maya in March, according to reports.

However, this is not the first time he has been observed courting in public.

His tremendous list of relationships demonstrates how well-liked he is off the court.

So why not? This 26-year-old Australian is a three-time NBA All-Star and 2019-20 steals champion.

Let’s not waste time and go on to learn about the girls that hunky Australian Ben Simmons dated.

Simmons was first seen with Instagram model Brittany Renner in 2016.

Brittany works as a fitness model in the adult and glamour industries.

She is also well-known on social media.

The Instagram model was born on February 26th, 1992 in Ocean Springs, Mississippi, USA.

This 30-year-old model began her career as a salesgirl. Early in her life, she worked as a Zumba instructor and caregiver.

She rose to prominence on Instagram as a result of her fitness-related images.

In April of 2016, they began dating. However, the relationship did not continue long and ended in December of 2016 after only 8 months of dating.

Her fitness photographs on Instagram helped her achieve recognition. As of 2021, she has 4.6 million followers.

Aside from Instagram, she rose to prominence with her book, “Judge this Cover,”

in which she discussed seven personalities with whom she had a connection using codenames.

Renner also has a YouTube channel where she uploaded 5 videos up to a year ago and has approximately 24.4k subscribers.

She also has her own apparel brand, which she sells on her website.

Her apparel line provides the majority of her income.

Aside from Ben Simmons, she had an affair with PJ Washington, an NBA player for the Charlotte Hornets.

On May 6, they also welcomed their first kid. Their affair, however, terminated soon after the birth of their child.

They both unfollowed one other and erased all of their images from social media accounts.

He discovered love in his circle after dating the model, which was a basketball.

Dylan Gonzalez is a well-known former basketball player from the United States.

She and her twin sister Dakota were members of the UNLV Women Running Rebels basketball team.

First, here’s a link to her Instagram, where you may see her most recent photos.

, however, the relationship ended abruptly in November of the same year.

She was a member of the UNLV Women Running Rebels basketball team as well as her high school team.

She is also a singer with her sister under the moniker Dyl-Kota and is quite popular on Instagram.

Both dropped out of basketball to pursue music and rebranded as D.a.D.

They began dating in November of 2017.

Their love, however, did not continue long, and they split up in May 2018.

Tinashe was upset after her breakup with Simmons and stated,

“I drank for like, six months after that!” Are you serious?

For months, I was completely spent. But I’m fine now.”

Check out her Twitter handle for the most recent tweets.

Tinashe began her career at a young age. As a child, she came to Los Angeles to pursue a career in the entertainment industry.

In the early 2000s, she appeared in a number of television episodes, films, and children’s videos, including Cora Unashamed, Call Me Claus, Masked, and Anonymous.

She has had recurring roles in the popular Network television shows Two and a Half Men, Rocket Power, and Avatar: The Last Airbender.

However, she is most known for her work with the band “The Stunners.” Tinashe joined the band in 2007, recorded five songs, and opened for Justin Bieber’s My World Tour in 2010.

However, the duo split up in 2011, and Tinashe went on to pursue a solo career.

She is now a solo artist with a number of popular songs.

On August 6, 2021, she released her fifth studio album, which included the song “I Can See the Future.”

In terms of romances, Tinashe was linked to singer-songwriter Ty Dolla Sign in 2015, however, both dismissed the rumors and stated that they were simply friends.

Before dating Ben Simmons, she was thought to be dating Scottish record producer and musician Calvin Harris 2016.

Tinashe has been unmarried and focused on her career after the breakup.

Ben began dating Kendall in the same month that he ended his relationship with Tinashe.

This led to speculation that Simmons had cheated on Tinashe with Kendall Jenner.

However, his relationship with Kendall was not without complications.

They began dating in May 2018 but split up in the summer of that year.

They reconnected at the end of the fall of 2018 after a brief breakup.

They lasted till May 2019 before taking a break and reuniting at the end of 2019.

The romance didn’t last long, as they both ended it by April 2020.

Kendall was Ben Simmons’s biggest catch because she is one of the top models in the fashion world and a member of the high-profile Kardashian-Jenner Family.

Kendall was born on November 3, 1995, in Los Angeles, California, in the United States of America.

She made her television debut in 2007 on “Keeping Up With the Kardashians,” alongside her parents and siblings Khloe, Kim, Kourtney, Kylie, and Rob.

She didn’t start modeling until she was 13 years old when Wilhelmina Models signed her.

Jenner’s first modeling work was for Forever 21’s Rocker Babes with a Twist campaign in December 2009 and January 2010.

She then appeared in numerous commercial print advertisements and promotions.

Her breakthrough came in the 2014-15 seasons, when she walked the runways for high-fashion designers during the fashion weeks in New York, Milan, and Paris.

Her success skyrocketed after that. Jenner has since appeared in ads, editorials, and cover shoots for magazines such as LOVE and several international Vogue editions.

Similarly, she is a brand ambassador for a number of companies, including Estée Lauder.

She became the highest-paid fashion model in 2017 and is currently one of the top models in the industry.

She is well-known for her modeling, but she is also known for her relationships with celebrities such as Ben Simmons.

She appears to have found happiness with NBA player Devin Booker, whom she began dating in June 2020.

However, they did not make their relationship public until February 2021.

After splitting up with Kendall Jenner, Simmons swiftly moved on to Australian model Talia Richman.

At the AFL game, he was seen with the model.

Because the relationship didn’t continue long, little is known about it.

However, this 27-year-old beauty rose to stardom on Instagram and began her modeling career in Australia in 2016.

Talia is a model and social media celebrity from Australia.

She began her career in 2016 after being featured in a GQ magazine story.

Talia Richman, an Australian It Girl, is an Instagram Model Who Can Do Both, according to the magazine’s headline.

The couple then confirmed their love with a kiss during Wimbledon on July 15.

During the game, both appeared lovey-dovey and in love.

However, their relationship faced controversy as a result of Simmons’ poor performance in NBA games and conflict with the 76ers.

Despite this, they are still dating and supporting each other through his difficult moments.

Check out her Twitter handle here to see her most recent tweets.

She moved to London at the age of 18 to seek a career in the media.

She began her career as a broadcaster on JumpOff.weekly TV’s music video countdown and later worked for Sky UK on TRACE Sports.

Maya has since worked as a presenter for a variety of programs, including the 2017 Pre-Brit Awards Party and Saturday night game show Cannonball.

In addition, in November 2017, Maya became the youngest person to co-host the MOBO Awards with fellow presenter Marvin Humes.

She was recently revealed as the host of Simon Cowell’s new music competition gameshow Walk The Line, which will premiere in September 2021.

Maya served as a radio host in addition to being a TV host. She began working in radio in 2014.

She is also an ambassador for several businesses, including Adidas, and has created a clothing line as well as a line of face and eye masks.

When it comes to her relationships, she initially dated Rico Gordon when she was 16, but he was killed, which damaged her and made her a stronger person.

She then dated rapper Stormzy in 2016, however, the relationship ended in 2019. 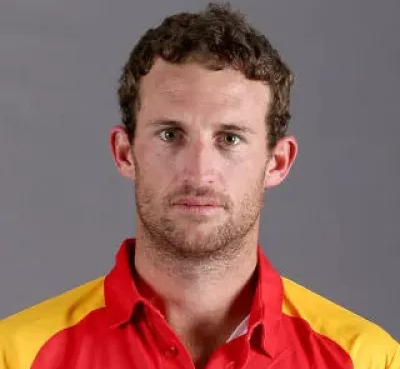 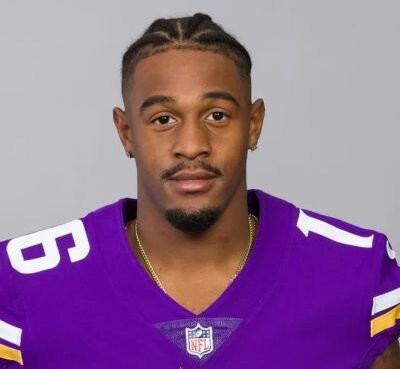 Whop Philyor is a college football player. Whop Philyor played for the Indiana Hoosiers which was named Second Team All-Big Ten in 2019. Whop is one of Indiana's most experienced and qualified wide re
Read More 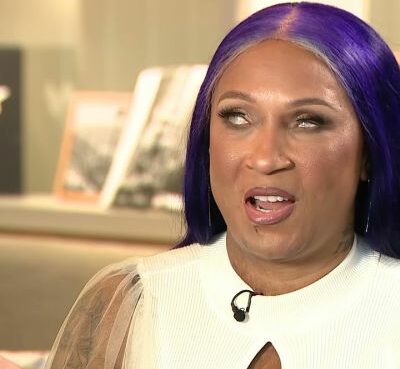 Who is DeAndre Hopkins’ Mom? DeAndre Hopkins' mother is a true superhero who has stood the test of faith. She got back up for her children no matter how badly she fell. Sabrina Greenlee, Hopkin's mot
Read More