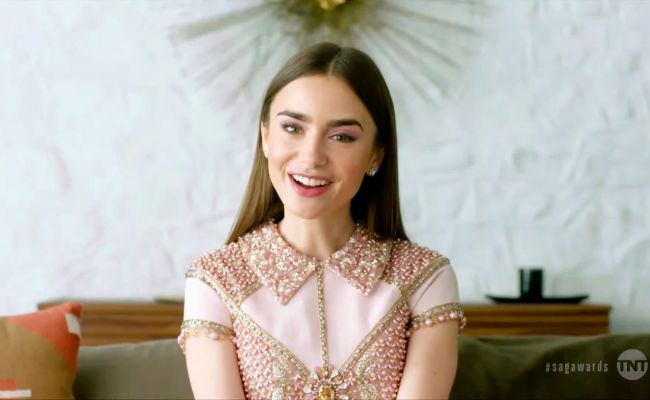 Lily Collins, an English-American actress, is well-known for her long dating history with a number of celebrities.

She may have accomplished great things professionally, but her relationships never attained their full potential.

But Lily is in a good mood right now.

She has been in a wonderful relationship with her director lover for over a year.

Actually, the couple is engaged.

Furthermore, she already had one long-term romance, which was unfortunately terminated.

Lily Collins 2021 Boyfriend: The Story Of Her Relationship With Charlie McDowell

Lily is engaged to Charlie McDowell, an American film director, as of 2021.

McDowell proposed to his girlfriend after they had been dating for around two years.

To be honest, if there’s one relationship in the entertainment sector that fans all around the world ship, it’s Lily and Charlie’s.

Their developing affair first came to light in July 2019 when they were pictured strolling arm in arm in Los Angeles.

Charlie was seen placing his hands around Lily’s waist in photos obtained by the Daily Mail as they shared a few intimate moments.

Celebrities nowadays make their relationships public via their social media identities, and Lily did the same.

In August 2019, she posted a photo of herself leaning on Charlie’s back while riding a motorcycle. “Always have your back…” she stated in the caption.

Similarly, she posted a story on her Instagram account in which Charlie is seen staring at an artsy wall.

“When he’s only just left but it feels like forever…,” her caption read. “I’m missing you.”

Since then, the couple has shared numerous photos of themselves on social media.

When the couple chose to adopt a rescue dog, they became a family of three.

The 36-year-old director announced the momentous news on Instagram in December 2019.

Charlie included a cute picture of their little fuzzy companion.

Their puppy is a cross between several breeds, including a pug.

Redford is the name they gave to their dog.

Furthermore, in the post, Charlie included a touching tribute to his late pet, Marvin, whom he lost some time ago.

The Quarantine Squad is Lily, Charlie, and Redford

As we all know, the COVID-19 pandemic put the entire world on lockdown in 2020.

To flatten the curve, everyone stayed or is still staying at home.

Similarly, the trio also stayed in, helping the government.

Lily was quarantined with the two best men in her life.

On March 16th, 2020, the Love, Rosie actress added a picture with her beau, Charlie, and Redford as they lounged together.

She mentioned both of them as her self-isolation squad.

Lily also joined Bethenny Frankel‘s B STRONG initiative and helped distribute the necessary PPE Kit and masks to all the frontline healthcare workers.

By The By, Who Exactly Is Lily Collins’ Boyfriend, Charlie McDowell?

Lily is renowned on the screen, whereas Charlie here is famed for his work behind the scene.

He is a film director and writer.

Born on July 10th, 1983, the Los Angeles native is the son of Mary Steenburgen and Malcolm McDowell.

He has one biological sister, Lilly McDowell.

Moreover, he has two step-siblings, Kate Danson and Alexis Danson, from his step-dad Ted Danson‘s side.

His stepfather Ted is one of the greatest actors of all time.

The multiple-award-nominated actor shares his two daughters Kate and Alexis with his ex-wife, Casey Coates.

Besides, Charlie is known for his work in the 2014 movie, The One I Love.

The movie starred Elisabeth Moss and himself in the lead role.

His other movie credits include The Discovery, Bye Bye Benjamin, etc.

Lily And Her Boyfriend Charlie Both Have Famous Parents

Speaking about parents, Lily and Charlie hail from a family of stars

Lily’s dad, Phil Collins is one of the greatest singer-songwriters of his generation.

The multi-faceted personality is known for his time with the band Genesis and later on his solo career.

Her mother, Jill Tavelman was the former president of Beverly Hills Women’s Club.

Nevertheless, Charlie’s mom and dad are equally famed in the entertainment industry.

His mom, Mary Steenburgen is an Academy Award-winning actress, whereas, his dad, Malcolm McDowell is an English actor revered often for his villainous roles.

Lily Collins Other Affairs: Had A Few Boyfriends In Past

Prior to falling in love with Charlie, Lily was involved in a relationship with several high-profile boyfriends.

It was back in 2012 when Lily and English actor Jamie Campbell Bower made headlines about their relationship.

The twosome reportedly fell in love whilst filming for the 2013 movie, The Mortal Instruments: City of Bones.

Sadly, their lovey-dovey couldn’t hold out for long and they called it quits a year later in 2013.

In addition, she was also linked with several other big names including, Thomas Cocquerel, Zac Effron, Chris Evans, and Noah Centineo.

There were also rumors she went out with actor Josh Hutcherson.

Nonetheless, her boyfriend has also been in a few relationships in the past.

He dated the Game of Thrones actress Emilia Clarke.

Similarly, he was also linked to American actress Haylie Duff. 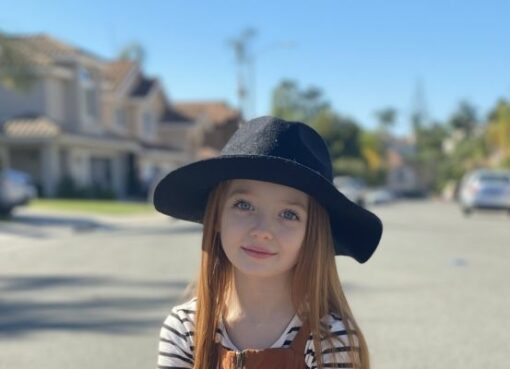 Charlie Townsend has appeared in several TV shows, movies, and shows, including The Orville (2017), T.O.T.S. (2019), and L.A.’s Finest. She was cast in the recurring role of Katelyn Hart on L.A
Read More 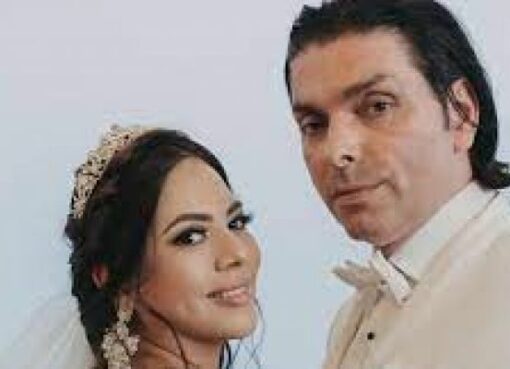 Frank Bollok Now Some Untold Facts About Him

Viewers of 90 Day Fiancé have occasionally worried about Darcey Silva and her ex-husband, Frank Bollok. Some think he's smarter than average. He also co-owns The Twilight Lodge in Haines Fal
Read More 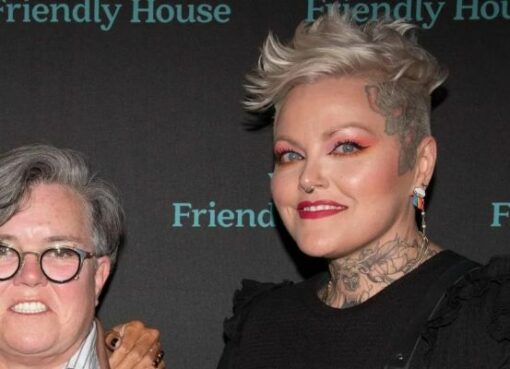 On the first day of Pride month, June 1, 2022, O'Donnell made her relationship with Hauer public via her Instagram stories. Before the couple made their relationship public, the actress teased
Read More