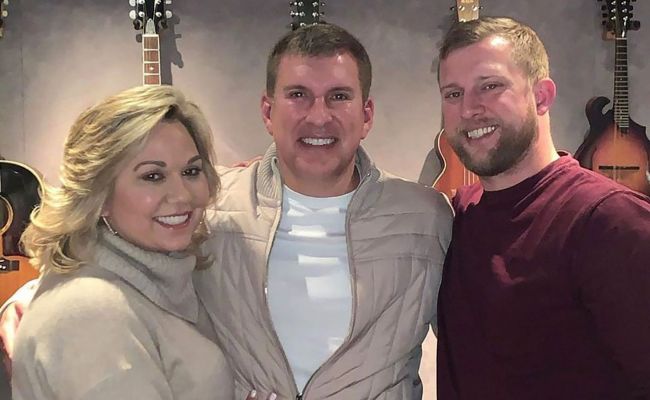 Who is Kyle Chrisley?

Kyle Chrisley, the star of Chrisley Knows Best, is one of the family’s most contentious members. Kyle’s relationship with his wife Alexus Whilby Chrisley also ended on a terrible note as a result of his troubles. The couple is now estranged, but there is no word on whether or not they have filed for divorce.

Furthermore, both parties have moved on since their divorce. Kyle is seeing someone else, and Alexus appears to have become a mother. Let’s take a closer look at Kyle Chrisley’s wife, Alexus Chrisley, alias Alexus Whilby’s life. What has she been up to lately? Is she dating someone new? Discover the answers to these questions, as well as information on her childhood, parents, siblings, and career.

Alexus Chrisley is a celebrity wife and entrepreneur from the United States.

She rose to popularity in the media after marrying Todd Chrisley’s son, Kyle Chrisley.

Alexus has led a very tranquil life after her divorce from her husband.

She is currently living in Marietta, Georgia, away from the spotlight. We’ll get into her work life a little later.

Alexus Whilby Chrisley grew up in a Caribbean family.

Many of you may be aware of Alexus’ ethnicity, but what about her ancestors?

Alexus’ ancestors are from the Caribbean island of Jamaica, hence she is of Jamaican-American descent.

Alexus is the daughter of the late Isaac Samuel Whilby and Judy Malcolm.

Isaac, her father, was born and raised in St. Ann, Jamaica.

Later, in 1971, he relocated to the United States and married Alexus’ mother.

Alexis’s parents divorced after decades of marriage, and he went on with Janet Pottinger.

Gregory Whilby and Patrick Whilby are her two elder brothers.

Their parents raised them all in Florida.

While little is known about her oldest brother, Gregory, her second brother is a dentist in Atlanta, Georgia.

Dr. Patrik Whilby is his given name.

He attended the University of Delaware and majored in biology.

In 2015, he received his DDS from the Howard University School of Dental Surgery.

Her two brothers are not on any social media platforms.

An Overview of Alexus’ Education and Professional Career

Alexus, unlike her partner Kevin, was not born with a silver spoon in her mouth.

She enrolled in the Bachelor of Science program at Oglethorpe University after graduating from high school.

She went on to earn a degree in Biopsychology in 2014.

During her undergraduate years, Alexus was quite involved in a variety of clubs.

In reality, she was the President of Oglethorpe University’s French Club and Culture.

In terms of her professional experience, she has been

Alexus is in charge of the firm’s business development.

Aside from that, she is fluent in three languages: French, English, and Spanish.

Alexus Whilby Married Kyle Chrisley: When and How Did They Meet?

After her relationship with Kyle Chrisley became public, Alexus became an overnight sensation.

According to rumors, the couple married in 2014. What brought them together in the first place?

As we all know, the dating environment in the twenty-first century has altered dramatically.

People nowadays meet online rather than in public locations.

Similarly, Kyle and Alexus met online. After a period of speaking, they decided to go out,

and their relationship quickly bloomed into love.

According to some reports, Alexus and Kyle were high school sweethearts, although this is not the case.

Kyle attended a private military high school, according to a tweet from Kyle’s father Todd.

So there’s almost no possibility they’d meet at high school.

Kyle and Alexus discussed starting a family in 2017.

while discussing turning over a fresh leaf with his wife.

He also discussed his plans to become a father soon.

He had been sober for four years and hoped to become a parent and start a family with Alexus.

“We just moved in last week and we are already liking it,” he said.

I never imagined owning a 3,000-square-foot home, and we are truly blessed.”

“I can’t wait to start a family with my wife once we’re all established,” he continued.

She is my best friend and will make an excellent mommy.”

Meanwhile, he discussed his strained relationship with his family.

“I don’t talk to my family, but I wish them nothing but the best,” he stated.

I’ve gone on with my life, and all I want to do now is be the best father and husband I can be.”

Nonetheless, as evidenced by her Instagram bio, Alexus has become a mother.

‘Mommy,’ she says directly in her bio. This definitely shows that she is a mother.

Alexus and Kyle, have you filed for divorce? He allegedly threatened to murder her.

Alexus Whilby filed a complaint against Kyle after he allegedly threatened to kill her.

Kyle was arrested in late 2019 on drug accusations by Oklahoma Police.

Soon after capturing him, authorities discovered he was wanted in another

state for allegedly threatening his wife with death.

Alexus contacted authorities in January 2019 after he sent her a series of terrifying text messages.

you because if I’m not there, no one will be. “Goodbye, Alexus.”

As their conversation progressed, Lexi questioned him whether

he was making death threats to her, to which he replied, “Yes, Lexi. Goodbye.”

Alexus and Kyle were separated since the incident occurred.

Nonetheless, there has been no word of a divorce between the two.

Besides, Kyle is thrilled with his new girlfriend, Ashleigh Nelson, after splitting up with Alexus.

His new partner already has two children, a boy, and a girl.

In terms of children, Kyle has a daughter, Chloe, from his former relationship with Angela Johnson.

Emma Bloomberg: Do you want to know about her?

Jerry Springer: Who is Ex-Wife Of Micki Velton?

Chrisley, Todd Alexus was once accused of slander.

Todd took to Twitter in 2014 to criticize Alexus for slandering his family’s name.

According to him, she attempted to extort money from Chrisley.

Alexus and Kyle originally met on the internet.

Todd Chrisley complained on Twitter about Alexus extorting money from them.

Following the tweet, many of Alexus’s supporters began calling him names.

Some even referred to her as a gold digger. The news quickly faded. 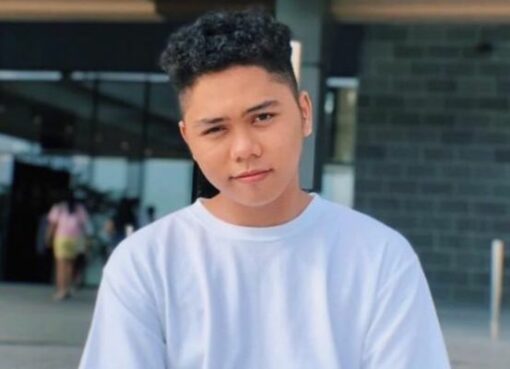 TikTok sensation Cypher Gabriel is well-known. He rose to fame for his creative hand-based choreography, funny musical montages, and lip-syncs He is highly recognized for his lip-syncing, da
Read More 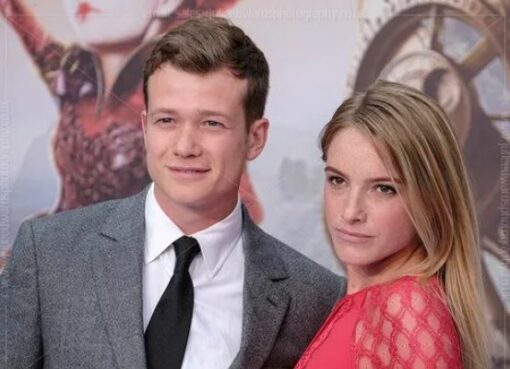 What Is Asia Macey Up To? Ed Speleers’ Wife

Asia Macey is a wardrobe director. Asia has made headlines as the wife of English actor and producer Ed Speleers. Macey is from Bristol, which is located in southwest England. As of 202
Read More

Demi Lovato has been open about her life. Ehrich has been rumored to be Lovato's boyfriend since the beginning of 2020. He repeated it again, and Lovato bolted out of the room, her lover clo
Read More