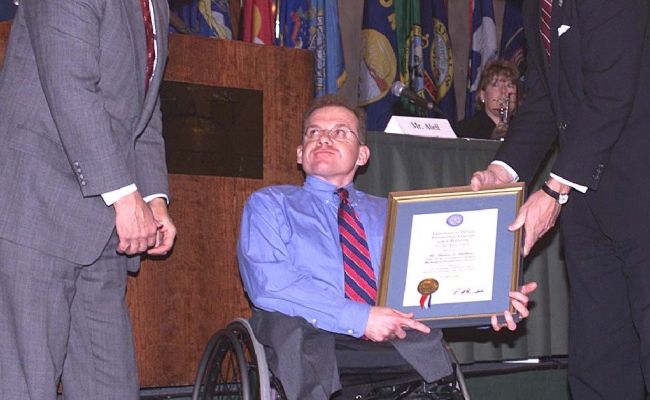 Many of you may recognize him as Regis’s son, but before his death in 2014, Daniel had established his own identity.

In fact, Danny was also recognized for his valiant efforts in the aftermath of the infamous 9/11 terrorist attack.

Danny, on the other hand, worked extensively for the US government, specifically the Department of Defense.

He was a scholar who earned his bachelor’s and master’s degrees from prestigious universities.

Daniel Philbin lived a delightful and dignified life despite his physical disability.

In fact, his now-deceased father Regis could not be more proud of his son’s accomplishments.

As we mentioned previously, Daniel Philbin was born to their father Regis Philbin, and his mother Catherine Faylen in 1967.

Meanwhile, sites like Radar Online have mentioned Daniel was born in 1965.

His exact birthday is not revealed as of yet. Danny’s paternal grandparents were Francis “Frank” Philbin and Filomena “Florence” Bashir.

Daniel was an American citizen while he was of mixed ethnical background.

His grandparents belonged to Caucasian roots.

His maternal grandmother Carol Huges’ grandparents were from Germany.

Similarly, his paternal grandfather, Francis had Irish roots while his grandmother Filomena was a member of an Albanian-Italian immigrant family from Greci.

He Was Born With a Severe Spinal Cord Defect

Not many of you might know that Daniel had his legs when he was born.

However, due to the severe spinal cord defect, he had to undergo a knife to have his legs amputated.

Both of his legs needed to be cut off to reduce the consequences of spinal cord defects.

Following his amputation, Danny spent most of his childhood days at the Angel View Crippled Children’s Foundation in California.

Danny was born as the second child between the late actor Philbin and his first wife Catherine.

He had a sister, Amy Philbin who was around nine years his older.

His parents separated in 1968, shortly after his birth.

While Danny’s mother remained private about her love affairs and relationships following her divorce, his father was publicly married to his second wife Joy Sense.

Daniel has two half-sisters, Joanna and J.J. Philbin from his father’s second marriage.

Regis and Joy gave birth to their first child together, Joanna on March 19, 1973, and a year later on August 30, 1974, they welcomed their second daughter, J.J. Philbin. While J.J. is a producer and screenwriter, her older sister Joanna is an author.

Concerning their education, Joanna graduated BA from Brown University and later earned a JD and an MFA from the University of Notre Dame.

Besides, J.J. also completed her graduation from the University of Notre Dame.

Daniels’ physical disability probably inspired him to aspire to big things in life.

He was determined to move away from his father’s shadow and do a big thing on his own, and he did indeed.

He was a scholarly person. At first, he completed high school at Quartz Hill High School in Los Angeles.

After that, Danny attended California State University where he studied political science.

Furthermore, Philbin went on to pursue his master’s degree at The Catholic University of America in Washington D.C.

After the completion of his education, Daniel went on to work for the US government which became the turning point of his life.

Heavy wrote citing The Department of Defense’s 2002 article (now unavailable) that Danny was a writer-editor in the Secretary of Defense Public Affairs Office’s Directorate of Public Inquiry and Analysis.

Daniel’s association with the DoD was not public until he was honored by the department in 2002 for his heroic work after the 2001’s terrorist attack at the Pentagon.

As reported, Daniel, then-37, was at his desk when the attackers crashed the Boeing 757 into the western facade of the building.

He swiftly got outside and then help the department deal with the media response.

He reportedly pushed himself around a mile away to the command post at the Navy Exchange gas station and kept the public affairs division going.

Daniel Philbin Received The Award For His Bravery

In 2002, Philbin received a bravery award for helping the Department of Defense during the attack. The award noted,

“That evening, while the building was still in flames, he returned to the Pentagon to help with the secretary of defense’s press conference.

He came back on September 12 to perform additional duties.

This bravery and dedication were not without cost, as he was hospitalized later for several days.”

In the photo where Danny received the award can be seen the principal deputy undersecretary of defense for personnel and readiness, Charles S. Abell, and the director of administration and management F. Du Bois.

Daniel Philbin was honored for his heroic work

Besides Philbin, the Department of Defense also honored 16 other people with disabilities for their dedication after September 11 attack.

The outlet including several other sources reported Danny died of natural causes. Meanwhile, Danny’s family didn’t reveal the death of their beloved son until March 2015.

The late actor’s family confirmed he died of natural causes while many sources reported he died from heart failure.

Danny’s father, Regis had battled many health issues before in the past.

Back in 1993, Regis underwent angioplasty, and then more than a decade later, in 2007, he underwent triple bypass surgery.

Moreover, the former Who Wants to Be a Millionaire host had hip transplant surgery in December 2009.

What About His Personal Life? Was Daniel Philbin Married?

Well, Danny Philbin’s personal life is one of the least talked about topics regarding him.

But we have some details about his love life.

Well, Danny was married and divorced.

He was married to a woman named Judy Philbin, however, the pair divorced around four years before his death.

We have found a photo that many online sites claim to be of Danny and his former wife Judy.

Even though we have no proof to claim the photo shows the former couple, it seems pretty legitimate – have a look.

The reason for Danny and Judy Philbin’s divorce has yet to be revealed.

But in the meantime, it appears to be Philbin’s financial condition.

Years after Danny’s death, Judy came forward slamming her former father-in-law Regis Philbin for his ignoration toward his children from his first wife Catherine.

Talking to Radar Online, Judy said of Regis and his second wife Joy “They’re evil. What Joy and he did to those two kids because they were not her children was despicable!”

“They didn’t want to have the responsibility of caring for a disabled child – so they put Danny in a home for mentally challenged kids!”

Meanwhile, she said in 2009 she and her then-husband Danny were in such a condition that they had to borrow money just to eat.

Due to Regis’ behavior toward Danny, the father-son-duo wasn’t on good terms for long before his death.

Even though the actor and his representatives said they had reconciled before Danny’s death, Judy said it was nothing more than “a public relations stunt to make Regis look like a caring dad.”

“They never bonded, he never came to visit us,” added Judy. 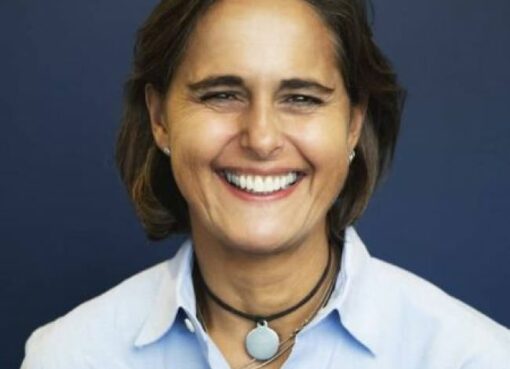 Who is Melanie Leis? Lets know about her career, family..

Melanie Leis is the ex-partner of Top Gun actress, Kelly McGillis. Leis was born in 1968/69. She studied at the Berklee College of Music graduating in Arts, Music Production, and Performanc
Read More 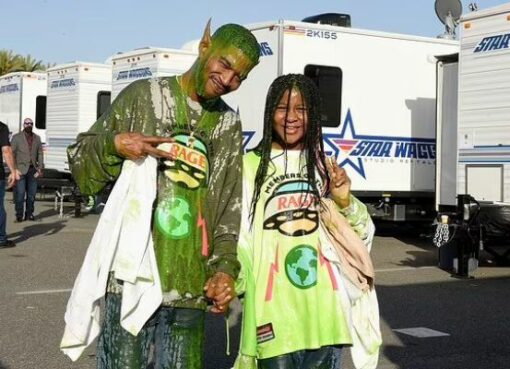 Vada Wamwene Mescudi: Do you want to know about him? 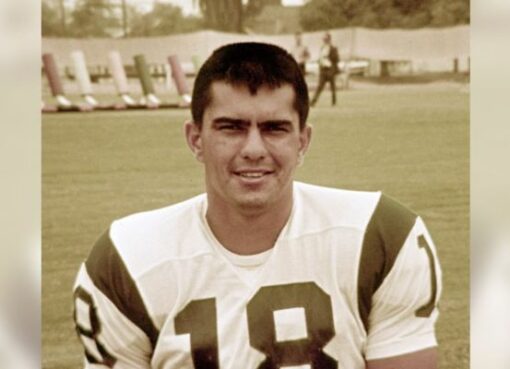 Get Into Life of Roman Gabriel, Know All The Women Gabriel Has Married