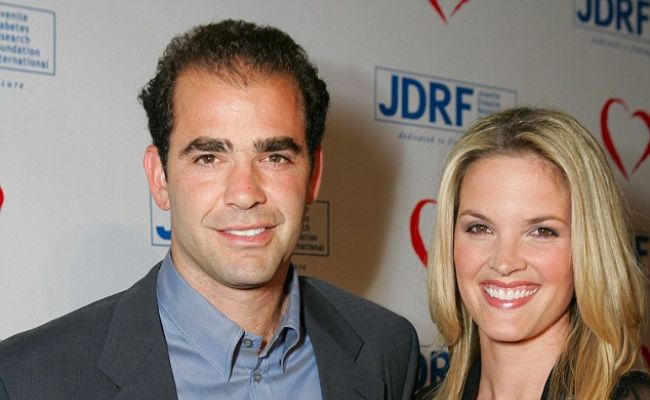 Who is Bridgette Wilson?

Bridgette Wilson is a native of Oregon

Bridgette Wilson was born on September 25, 1973, in Gold Beach, Oregon, and grew up there.

Her ancestors are from England, Sweden, Germany, Denmark, Guernsey [Channel Islander], and France.

Bridgette grew up as an athletic tomboy.

Her father worked for the local power company as a manager.

In high school, Kathy and Dale Wilson’s daughter competed on the school’s volleyball team, as well as basketball and track.

Bridgette was an athletic tomboy who went fishing and woodchopping with her father, a manager for the local power company.

The actress, who was 16 at the time of the competition in Biloxi, Mississippi, was the second Oregonian to win the title.

She stated that she traveled across the country for a year as a spokesman for several charities.

Bridgette admits that traveling for a year helped her feel more at ease in interviews and auditions.

Bridgette Wilson was a straight-A student

Bridgette Wilson dropped out of high school too soon.

The actress added that because she always worked swiftly and received A’s in her classes, she was able to complete all of her credits at half-year in her senior year.

Wilson presented a study on how much vitamin content green peppers lose when cooked in various ways.

She is also a self-taught pianist who began playing as a child.

Bridgette used to teach and run the nursery at an Oregon Sunday school.

Tracy, Wilson’s older sister, is also an actress, best known for Team Knight Rider (1997), a syndicated television series based on the Knight Rider franchise that aired between 1997 and 1998.

Tracy Wilson, Wilson’s sister, was also a crew member in the series, Huff.

Bridgette Wilson’s Career as an Actress

She then enrolled in an acting class, worked at a mattress store, and did odd jobs here and there.

The Gold Beach native got her start on the ’90s kids’ series Saved by the Bell as Ginger.

She appeared in four episodes of the NBC series.

Bridgette’s first long-term role was as Lisa Fenimore on the NBC daytime drama Santa Barbara, where she appeared for 51 episodes.

She rose to prominence in films such as Last Action Hero, Murder, She Wrote, Santa Barbara, Higher Learning, Billy Madison, Mortal Kombat, and The Wedding Planner, among others.

Among them was Cameron Diaz, another famous 90s celebrity who had initially beaten Wilson to a role in the film.

Diaz was training for an action film as Bridgette was finishing her work on Billy Madison.

Bridgette Wilson is known for her roles in films such as Last Action Hero, Murder, She Wrote, Santa Barbara, Higher Learning, Billy Madison, Mortal Kombat, and The Wedding Planner.

Bridgette Wilson was cast in Mortal Kombat in 1995 after Cameron Diaz dropped out due to a wrist injury.

Unfortunately for Diaz, she broke her wrist during Mortal Kombat training.

As a result, the film decided to cast Wilson, who had previously finished second to Diaz.

Bridgette, like Cameron, suffered injuries while filming; the actress dislocated her shoulder.

Bridgette Performed Her Own Stunts

Wilson insisted on performing all of her own stunts in John McTiernan’s Last Action Hero (1993).

She did so in order to feel more “connected” to her character, “Meredith Caprice/ Whitney Slater.”

Later, the actress from Oregon said that most of her best footage was left on the cutting room floor.

In fact, many of her fans complained that she left the film far too soon.

Wilson Is A Popular Singer in Japan

Wilson is a well-known singer in Japan, where she has two CDs: “I Only Wanna Be With You” and “Gimme a Kiss.”

She also recorded a cover of Leif Garrett’s “I Was Made for Dancing,” which became a big hit in the country.

Da Doo Ron Ron and I Were Made For Dancin’ are two of her singles and EPs.

In an interview, the Shopgirl singer stated that she has always liked singing and that becoming a performer was a conscious decision.

In September 1999, Sampras first noticed her in a Los Angeles movie theater.

He then told his pal that he’d love to meet her.

They were eventually linked by an unidentified friend.

Bridgette Wilson claims she had no idea who Pete Sampras was at first.

The actress admitted that she does not follow tennis.

Before Sampras proposed at his Los Angeles home, the tennis champion and the actress dated for nine months.

On June 7, 2000, Sampras proposed to his actress girlfriend with a platinum ring set with an oval-shaped diamond from Cartier.

Bridgette Wilson Wed in Her Backyard

On September 30, 2000, they married in Sampras’ backyard of his Beverly Hills home, sixteen weeks later.

There were 80 visitors in attendance, including former NHL players Wayne Gretzky and Andre Agassi.

Wilson’s husband, a Grand Slam champion, rented a large tent to cover his private tennis court and turned it into a reception hall.

According to In-Style, Elton John surprised the audience with a surprise performance at the ceremony.

The bride wore a Vera Wang gown in georgette and reportedly wore $400,000 in diamond jewelry.

Wilson, Bridgette She had no idea who her husband, Pete Sampras, was

Wilson initially said she had no idea who Pete Sampras was.

She said that she had never watched tennis and was therefore unfamiliar with him.

Ms. Sampras, on the other hand, thought he was cute and decided to go out with him after seeing his picture.

She agreed to meet him for dinner after her sister assured her that her future husband was 6 feet 1 inch taller than she was (5’9′′).

Wilson has two children. Sampras and her husband

On November 21, 2002, she gave birth to a son named Christian Charles Sampras with Sampras.

She once stated She was quite stressed the first time she became a mother.

Bridgette states she has always wanted to have her own family and children and that it has always been her top goal.

Why Did Bridgette Wilson Retire From Acting?

Although the athlete’s wife continued to act sparingly in the years following the birth of her sons, interviews conducted around the time of her final film revealed that she was ready to retire.

Ms. Sampras stated to Pregnancy that she wanted to be there when [the boys] woke up and also to put them to bed.

Wilson stated that she, too, could not bear being separated from her children.

She added that leaving her children was extremely difficult for her.

As a result, after 2008’s “Phantom Punch,” Wilson took a hiatus from acting.

Wilson Previously Worked As A Spokesperson

The five-foot-nine actress previously stated that the program was ideal for her.

She added that, while she had never lost a loved one to drunk driving, she had known people who had.

Wilson also supports the American Oceans Campaign and a number of AIDS charities.

Wilson purportedly has a net worth of more than $20 million, derived mostly from her 28-year acting career.

While her current professional endeavors are not yet known to the public, it has been reported and assumed that she is living the life of a multimillionaire.

Although Wilson has been out of the acting business for quite some time, financial difficulties are very likely the last thing she would want to deal with, given her richer husband’s vast fortune.

The multi-award winner is valued at more than $150 million.

To give you an idea of their wealth, Sampras and his actress wife listed their 20-acre Lake Sherwood estate for $19.95 million in 2011.

In addition, the couple previously owned a 6,900-square-foot Los Angeles Brentwood home, which they listed in 2016 for $8.9 million. 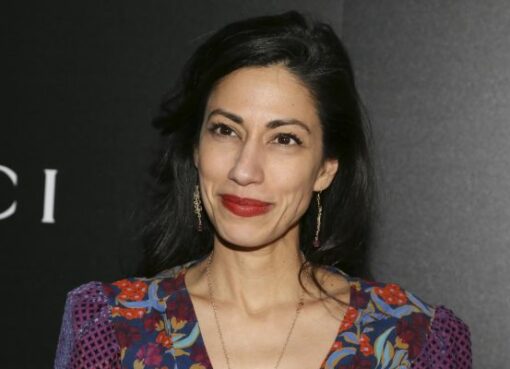 Who Is Huma Abedin? Get To Know Bradley Cooper’s Girlfriend

Who is Huma Abedin? Age, Parents, and Origins of Huma Abedin She is employed by Hillary Clinton. She attributes her success to her grandmother. The ex-husband of Huma Abedin and Her Da
Read More 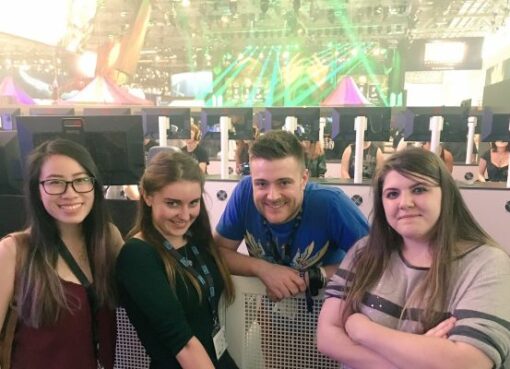 AeroViro,German YouTuber reveal she is bisexual 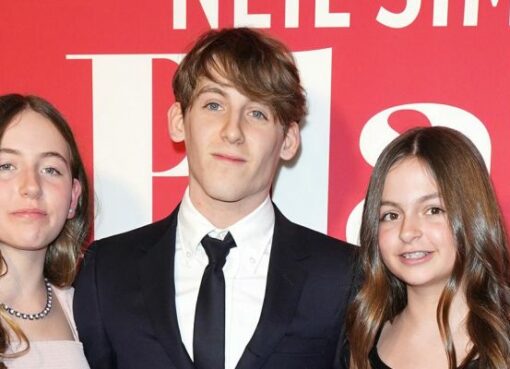 Who Is Tabitha Hodge Broderick? Daughter Of Sarah Jessica Parker

Sarah Jessica Parker, an American actress and television producer, is the mother of Tabitha Hodge Broderick. She makes money as a producer and actress for television. Sarah has captured mill
Read More