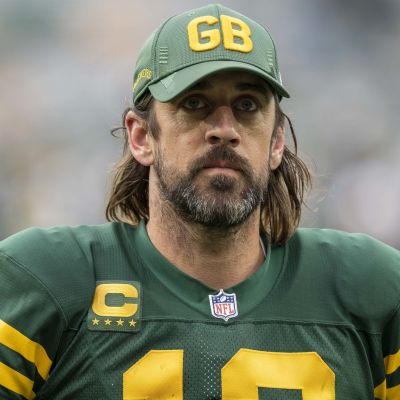 Aaron Rodgers’ future with the Green Bay Packers has been the greatest storyline in football this offseason and building up to the 2021 season.

However, the turmoil has pushed many of us to overlook a big topic of discussion: his hair.

Rodgers no longer has the clean-cut look he’s had for several years, but he’s got a Trevor Lawrence-style flow that looks great in a helmet.

So, given that his new hairstyle is clearly one of football’s most serious issues, It appears to be here to stay.

In the midst of his Packers controversy, Aaron Rodgers has debuted a new hairdo

No one knew what Aaron Rodgers’ future in the NFL and with the Packers looked like throughout the offseason.

Rumors rushed in from all directions, with some suggesting he wanted to play for another team and others believing retirement was a possibility.

Finally, there appeared to be some truth to the rumors.

Rodgers eventually showed up at Packers training camp and said he had concerns with the organization and simply wanted to be a part of personnel discussions.

But it’s uncertain whether anything will change, and his recent contract renegotiation will make it simpler for him to leave Green Bay at the end of the season.

While all of those rumors were interesting and necessary to read, fans sensed something different about Rodgers when he arrived at training camp.

True fans certainly noticed this within the last year or so, as the quarterback’s hair grew longer and longer last season.

When he presented Jeopardy! earlier this offseason with his hair slicked back, it became a topic of conversation on social media.

Rodgers’ hair has been streaming out of his headgear and helmets at training camp, looking almost identical to Trevor Lawrence’s.

The Packers quarterback spoke about his new hairdo

Rodgers just went on Pat McAfee’s show, and he finally addressed the subject that fans are dying to know.

No, we’re not interested in why there were so many reports about him wanting to leave Green Bay this offseason, or whether he intends to join another team next season.

We’re curious about what’s going on with his hair.

Not because it’s ugly or anything. On the contrary, it appears to be excellent.

We just want to know if we can expect to see the long hair throughout the season or if he intends to shave them.

“I’m going to rock out with my hair out,” Rodgers remarked on The Pat McAfee Show on August 25.

“I don’t intend to trim it any time soon.”

I believe there are certain things you can do with the back of your hair; I’ve been getting some advice from some hair experts on the team.

Growing up, my hair idols were Chuck Norris and Steven Seagal, men like that.

Of course, Keanu Reeves is a personal hero of mine in whatever he does.”

“I do think it’s necessary in times like this to talk to specialists,” he concluded.

Bobby Tonyan and David Bakhtiari, among others, are likely specialists in the locker room.

So I’ve been talking to them about products to use, different techniques to clean up around the back and ears, and how to make the pony or bun, whatever you pick, look as nice as possible.”

Wow, it appears Rodgers is all-in on his new ‘do, which means Lawrence and Patrick Mahomes may have some competition for the finest hair in football.

Can Aaron Rodgers win the MVP award again this season?

If Aaron Rodgers wins the award for finest hair in football this season, he will have a chance to win his fourth NFL MVP with the Packers.

A-Rod is the reigning MVP after leading Green Bay to a 13-3 record for the second year in a row in 2020 while throwing for 4,299 yards, an NFL-leading 48 touchdowns, and only five interceptions.

Green Bay has almost everyone returning for 2021, including Rodgers’ favorite weapon, Davante Adams.

Randall Cobb, an old buddy of his, has also returned.

Simply put, Rodgers has the pieces in place to win another MVP award, and the Packers have the talent to be one of the top teams in sports.

They just need to put everything together and win the NFC title game to get over the hump.

Overall, Rodgers has a new hairstyle, but he still has his signature arm and a good team surrounding him.

The Green Bay Packers are a formidable opponent. 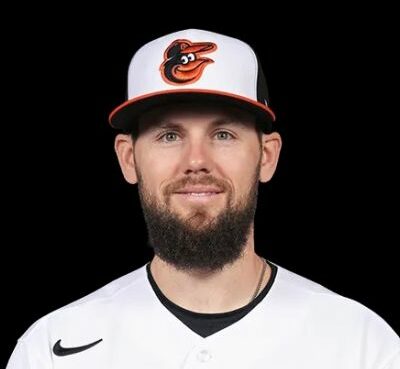 Randy Savage and Miss Elizabeth Both Died Tragically 'Macho Man Randy Savage was one of WWE's most popular wrestlers. But no description of him would be complete without including his real-life wife
Read More