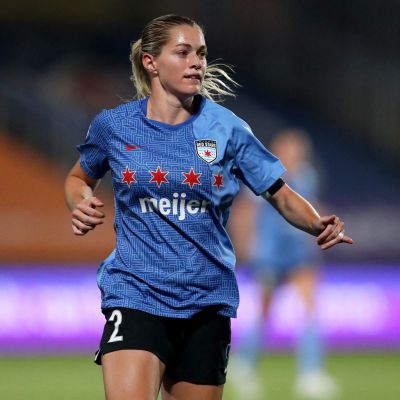 12 Most Beautiful Soccer Player in the World

Soccer is the most popular sport in the world; yet, the success of women’s soccer is due to more than simply the scores. Aside from the thrilling game, the attractive players are equally pleasing to the eyes of viewers.

What could be better than soccer and international beauty on the same field?

So, who do you think is the most gorgeous soccer player in the world?

These females are not only stunning; they also have the skills and talent to compete with the men in the sport.

So, here is a list of the top female soccer players we believe are some of the most gorgeous and skilled girls the sport has to offer.

So, without further ado, here are twelve of the world’s most gorgeous soccer players.

The World’s 12 Most Beautiful Soccer Players

This list was compiled with the assistance of reputable internet sites such as Sportytell and Theathleticbuild.com.

But, before we get into the specifics, have a look at the table below.

She most recently played for Sky Blue FC of the National Women’s Soccer League (NWSL) and for the Canadian national team.

Filigno earned her senior debut for her country at the age of 17 in 2008.

She was a member of the Canadian Olympic team in 2008.

She also competed in the 2011 FIFA Women’s World Cup.

Filigno scored the game-winning goal for Canada versus Great Britain in the knockout stage of the 2012 London Olympics.

She went on to win a bronze medal at the Olympics.

Following her Olympic success, she made her final appearance for the Canadian national team at the 2015 FIFA Women’s World Cup.

Filigno announced his retirement from international football in 2017.

More female athletes are demonstrating that they are not to be underestimated in the sporting world.

Learn about some of the most amazing female athletes!

Selina Wagner is a German soccer player who now plays for SC Sand in the Bundesliga.

She began her junior career with SG St. Wendel.

Wagner, who began her football career in the youth division, made her senior debut in 2007 with 1.

Saarbrücken FC The same year, she made her Under-17 and U-19 debuts for the German national team.

She signed with VfL Wolfsburg two years after her senior debut.

She drew everyone’s notice when she was with the Wolfsburg Wagner.

In the 2012-13 season, she was critical to the team’s success in the Champions League.

Wagner scored against Arsenal in the second leg of the Semi-Final.

Nichelle Prince is a forward for the Houston Dash of the NWSL and the Canadian national team.

In the 2017 NWSL College Draft, she was picked 28th overall by the Houston Dash.

Prince played college soccer for the Ohio State Buckeyes before being chosen by the Dash.

Similarly, before making her senior debut, she was a member of various juvenile teams.

Prince began her childhood career with Ajax SC and then played for Richmond Hill SC, Pickering SC, and the Toronto Lynx.

In 2012, Prince made her international debut for Canada’s U-17 team.

Prince was a member of the U-17 team that took silver at the CONCACAF U-17 Championship in Guatemala.

She was also a member of the squad that took bronze at the 2016 Summer Olympics in Rio de Janeiro and silver at the 2016 CONCACAF Women’s Olympic Qualifying Championship.

Prince earned the Olympic Gold Medal for her country in the 2020 Summer Olympics in 2021.

Sydney Leroux, who is currently a forward for the NWSL’s Orlando Pride, is ranked ninth on our list of the most attractive soccer players.

Leroux was raised in Canada by his Canadian mother and his American father.

In 2002, she began her youth career with the Coquitlam City Wild.

Her senior debut was with the Vancouver Whitecaps in 2005.

Her professional debut, however, came in 2013 with the NSWL’s Boston Breakers.

Leroux was then chosen to play for the United States women’s national U-20 soccer team in 2008.

Similarly, she played collegiate soccer for the UCLA Bruins women’s soccer team in NCAA Division I.

She has over 75 caps for the United States national team.

Furthermore, Leroux was a member of the United States squad that won the 2012 London Olympics and the 2015 Women’s World Cup

Nayeli Rangel, a Mexican beauty, is next on our list.

Rangel made her debut in 2013 with NWSL’s Sky Blue FC, where she stayed until 2016, before signing with Spanish first-division club Sporting de Huelva.

A year later, she joined with her current team, Tigres UANL, which is a member of Liga MX Femenil, Mexico’s highest tier of women’s football.

Rangel made her national team debut in 2008 with the Mexico U-17 squad, in addition to her senior debut.

She was a member of Mexico’s team that competed in the 2011 FIFA Women’s World Cup.

Who has the most gorgeous wife among NFL players?

Click here to read about some of the most attractive NFL wives!

Kealia Ohai Watt is a soccer player for the Chicago Red Stars of the NSWL.

Watt was selected as the expansion team’s first college draft pick by the Houston Dash with the second overall pick in the 2014 NWSL College Draft.

Watt used to play varsity and college soccer at her high school.

During her undergraduate year, she won various awards and was a member of the championship-winning squad in 2012.

Watt remained with the organization until 2019 after being chosen by Houston and making her senior debut in 2014.

The following year, she was dealt by Houston for defender Katie Naughton in exchange for the 18th overall pick in the 2020 NWSL College Draft.

She was also a member of the United States’ U-20 women’s national team, who competed in the 2012 FIFA U-20 World Cup.

Furthermore, Watt scored the game-winning goal against Germany, propelling her side to victory.

She earned her senior team international debut in 2016.

Adriana Leon, our number 6, is a winger for the FA Women’s Super League club West Ham United and the Canadian national team.

Before making her senior debut, she played college soccer.

Leon attended the University of Notre Dame and was a member of the Notre Dame Fighting Irish women’s soccer team on an athletic scholarship.

She transferred to the University of Florida two years later, where she played for the Florida Gators women’s soccer team.

She made her senior debut with the Toronto Lady Lynx in 2010.

Leon was then assigned to the Boston Breakers as part of the NWSL Player Allocation in 2013.

She won her maiden Olympic gold medal as a member of the national team in the 2020 Summer Olympics.

Abby Dahlkemper is another American beauty on our list.

She is a defender for the NWSL’s San Diego Wave FC as well as the US national team.

Similarly, she assisted the UCLA Bruins in becoming the school’s first-ever NCAA National Champions in 2013.

Dahlkemper joined with the W-League club Pali Blues the same year she helped the UCLA Bruins win the championship.

With the club, she made her senior debut. Similarly, she earned her national team debut for the U-17 category in 2008.

Dahlkemper was a member of the U-23 women’s national team that won the Four Nations Tournament in 2013.

She was also a member of the team that won the Six Nations Tournament in 2014.

Dahlkemper formerly played for Manchester City and the Houston Dash before joining the San Diego Wave in 2022.

She was a member of the Division 1 Féminine club Paris Saint-Germain (PSG) as well as the French women’s national football team.

Boulleau began her soccer career with the youth squad.

In 1996, she was the first member of the FC Moulin-sur-Allier young team.

She then made her senior debut with the CNFE Clairefontaine in 2003.

Similarly, Boulleau made her international debut in 2006, when she was a member of the France U-20 team.

Laura remained with Clairefontaine till 2005 after making her debut with them.

She then joined Paris Saint-Germain in 2005. She remained with the PSG until 2018.

She is presently a PSG ambassador and a consultant for the French television show Canal Football Club.

We have a player from the country of Switzerland.

Alisha Lehmann is a forward for the English FA WSL club Aston Villa as well as the national football team.

She was a member of the FC Konolfingen youth club.

She made her senior debut with BSC YB Frauen in 2016.

Similarly, she earned her international debut with the Swiss U-17 division in 2015.

She was a member of the Swiss U-19 team before making her senior debut for the national team.

Following her success at the 2018 UEFA Women’s U-19 Championship, Lehmann was signed by West Ham United in 2018.

She was loaned to Everton in 2021 when she helped the club reach the Women’s FA Cup final.

The next year, she earned her maiden cap for her country’s national soccer team.

Lehmann joined Aston Villa at the end of the 2021 season.

With their looks and skills, many gorgeous WNBA players have made an impression on and off the field.

Kaylyn Kyle is our number two most gorgeous soccer player.

She is now a soccer broadcaster and previously played for the NWSL’s Orlando Pride.

Kaylyn McKenzie Kyle has been playing soccer since she was in high school.

She went to Bishop Mahoney High School and was a member of the soccer squad that won the municipal and provincial championships.

Similarly, Kyle played soccer at college before being selected to play for the national team.

She made her professional debut with the Vancouver Whitecaps in 2006.

She also played for Pite IF, Seattle Reign FC, Boston Breakers, Houston Dash, Portland Thorns FC, and the Orlando Pride during her career.

Kyle competed in the London Olympic Games in 2012.

She earned the bronze medal and was the tournament’s leader throughout.

She earned her 100th cap for the national team during the 2015 FIFA Women’s World Cup.

Kyle, a notable figure in Canadian female soccer, announced her retirement from international competition on April 21, 2017.

We’ve reached the end of our list of the world’s most gorgeous soccer players.

Let’s hear it for our number one, Alex Morgan.

She is a professional soccer player for the San Diego Wave FC of the NWSL.

She was a member of AYSO Region 31, but she began playing at the age of 14 with Cypress Elite.

Similarly, she was a member of the California Golden Bears during her freshman year of college.

Morgan was selected to play for the women’s national soccer team’s U-20 level at the age of 17.

In 2010, she made her senior debut with the national team.

Morgan has been signed by various teams over the years, including the Orlando Pride, Tottenham Hotspur, and a few more.

She has been signed by the San Diego Wave FC since 2022.

Morgan was the first female soccer player to appear in the FIFA video game in 2015.

Similarly, Morgan was named one of the 100 Most Influential People in 2019 by the New York Times.

These were some of the world’s most gorgeous soccer players.

These players have outstanding appearances as well as commendable talents and talent.

Furthermore, these females have demonstrated that they have much more to give than just beauty. 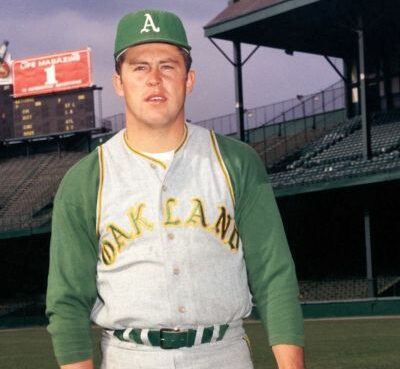 Catfish Hunter Quotes: Top 5 One of the professional baseball players known as Catfish's real name was James Augustus Hunter. Most people know him as Catfish Hunter. He was born on April 8, 1946, but
Read More 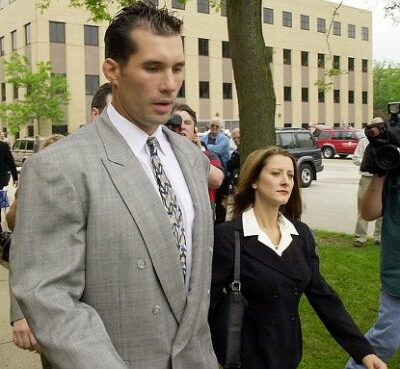 Who Is Mark Chmura? Mark Chmura, began his professional football career as a tight end. Mark Chmura is still regarded as one of the greatest NFL players ever. He is a former player, often known as Ch
Read More 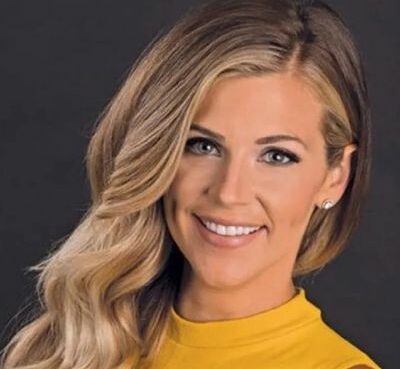 Samantha Ponder is a sportscaster, sideline reporter, and host. Samantha Ponder's important contribution to the sporting world has made waves throughout the industry. Given her reputation for covering
Read More