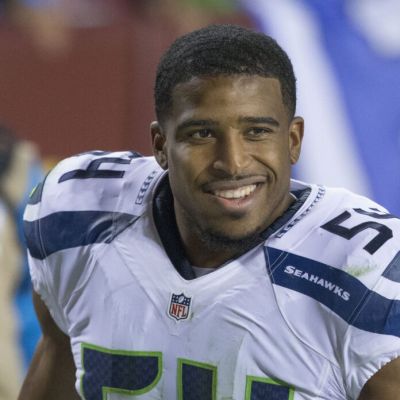 The American NFL is home to some of the world’s greatest and strongest men, and the strength and quickness of the players can make or break a game. Legendary players like Aron, Bobby, and Chris, to name a few, exemplify men’s physical power.

This article will go over the top ten strongest NFL players in the world as of now.

The National Football League (NFL) is one of the most popular and physically demanding sports in the world.

While categorizing the players is difficult and unjustifiable, we will make an effort to include the strongest players without bias.

This list includes the world’s best NFL players, both active and retired, as well as a handful who have retired but should not be forgotten for their incredible talent.

Newer, more powerful players may emerge, but their legacy lives on.

We’ve compiled a list of the best players in the NFL right now.

So, these are the most powerful NFL players.

All of the players on the list have unique skills and abilities.

Their can-do spirit and unrivaled strength have gotten them to this point.

First and foremost on our list of the best NFL players is Aaron Donald.

Donald is a Defensive Tackle for the Los Angeles Rams.

Donald aspired to be an athlete by the age of 14, and he trained for two hours every day with his father.

He began with high school football then went on to play collegiate football in Pittsburg.

He quickly established himself as one of the top defensive players in the NCAA.

Aaron was also named ACC Defensive Player of the Year.

Aaron’s professional career began in 2014. He agreed to a four-year contract with the RAMS valued at roughly $10.13 million.

In 2020, he had his first sack against Dak Prescott and two against Josh Allen.

He was named NFC Defensive Player of the Week after his performance against the Washington Football Team.

Donald will also play in the 2021 Pro Bowl. On June 7, 2022, the Rams announced that they had renegotiated Donald’s prior contract extension, which he signed in 2018.

Donald becomes the first non-quarterback to earn more than $30 million per season with the extension, which adds $40 million to his previous six-year, $135 million contract.

Peterson, who was born in Palestine, Texas, was also a collegiate standout.

He became interested in sports after witnessing his brother’s death and utilized sports as a coping strategy.

Peterson had a difficult life, but that hasn’t stopped him from becoming one of the world’s best NFL players right now.

When asked about his routine, he replied that he enjoys stretching activities with a supervised mentor.

He believes in eating clean and eating a balanced diet.

For his hard training, he visits the gym five times per week.

In football, though, Rivals ranked him the Best Running Back in 2004.

He began playing professionally in 2007 after being selected in the NFL Draft.

Everyone’s attention was drawn to Peterson, who demonstrated never-before-seen strength, ferocity, and agility on the field.

By 2019, he had signed a two-year, $8 million contract with the Washington Redskins.

He joined the Detroit Lions the next year.

Peterson was recently detained by Los Angeles Airport Police for domestic assault with his wife, Ashley, while on a flight from Los Angeles International Airport to Houston, Texas, in February 2022.

Wagner is a football linebacker with the NFL’s Seattle Seahawks.

He began his career as a collegiate football player at Utah State.

He was picked by the Seahawks in the second round in 2012.

He is also known as the “King of Consistency.”

Wagner is constant with his workouts, which include boxing, yoga, martial arts, swimming, and massages, to avoid injury.

Rivals.com gave him a two-star rating.

He did, however, earn an offer from Utah State, which turned out to be his lone offer.

He began his professional career in the 2012 Senior Bowl, becoming the first player from Utah State to do so.

Wagner was named the North’s Most Valuable Player and the Senior Bowl MVP.

He signed a three-year, $54 million contract extension with the Seahawks in 2019.

Wagner agreed to terms with the Los Angeles Rams on a five-year, $65 million contract that will expire on March 31, 2022.

Former outside linebacker and football executive Barwin works as a special assistant with the Philadelphia Eagles.

He played collegiate football for the Cincinnati Bearcats and the Houston Texans, where he made his NFL debut.

Barwin was chosen in the second round by the Houston Texans.

However, due to an injury, he was forced to play on the outside backline.

He signed a $36 million contract with the Philadelphia Eagles in 2013.

Bobby announced his retirement in 2019.

He played for the Los Angeles Rams, New York Giants, Philadelphia Eagles, and other teams.

On January 17, 2020, Barwin returned to the Eagles as a special assistant to general manager Howie Roseman.

Carson was a high school football player in his hometown.

He received multiple offers before deciding to attend Oklahoma State.

Prior to Oklahoma, he played for Butler Community College.

He began his NFL career with the Seattle Seahawks in 2017.

Carson signed a four-year contract worth $2.5 million with them.

Since then, he has faced the San Francisco 49ers, Tennessee Titans, Indianapolis Colts, Dallas Cowboys, and numerous more teams.

He has been injured multiple times and has always made an outstanding comeback.

Carson has reportedly re-signed with the Seahawks for another two years.

The total cost of their contract is estimated to be $14.7 million.

Carson signed a two-year contract extension with the Seahawks on March 27, 2021.

Carson announced his retirement from football on July 26, 2022, after five seasons as a result of a neck injury received during the 2021 season.

Danielle Hunter is the next strongest NFL player on our list.

Hunter was eight years old when a coach noticed him playing catch with his friends and signed him up for the school football squad.

He tallied 108 tackles toward the end of his high school career.

He is also quite flexible, as he is known to practice pilates despite his massive build.

Hunter was the NFL’s youngest Rookie in the 2015 draft.

He had herniated disc surgery in 2020.

Hunter had a strong start to the season, recording six sacks in the first seven games before sustaining a season-ending torn pectoral muscle, sending him on injured reserve for the second consecutive year.

Also, check out The 13 Best NFL Safeties This Year.

Metcalf was identified as a wide receiver by Rivals.com during his high school football career because of his remarkable statistics.

Metcalf had an injury during his college football career that forced him to miss time.

He was officially announced to play in the 2019 NFL Draft.

He has faced the Tampa Bay Buccaneers, Philadelphia Eagles, Atlanta Falcons, Pittsburgh Steelers, and other teams.

Metcalf was, therefore, voted one of the top NFL players of 2021.

Metcalf trained for the Olympic Trials by competing in the 100m USATF Golden Games.

Unfortunately, this powerful NFL star was not qualified, but he set a great time of 10.37 seconds.

When it comes to fitness, he swears by intermittent fasting combined with reverse pyramid routines.

His routines involve a lot of chest work, ab work, lower bodywork, and a lot of shoulder and back work.

In 2020, he set the record for most receiving yards by a rookie in a playoff game.

Allen, who is known for his 700-pound bench presses, keeps in condition by doing hard workouts.

His main exercises include back pulls, pound curls, pound squats, and shoulder presses.

Larry Allen had a difficult childhood.

Allen has been through it everything, from health issues to being physically attacked by a neighbor.

These conditions, however, did not dampen his interest in athletics.

Prior to that, he was named to the NFL’s All-Decade Team.

Furthermore, Larry has been constantly lauded as one of the most offensive and impactful players in the league.

He is currently enjoying his retirement life as a Dallas Cowboy.

Allen’s legacy, however, lives on as his son plays for the Harvard Crimson football team.

Allen was inducted into the Pro Football Hall of Fame on February 2, 2013.

Position: Linebacker Bradham began his NFL career in 2012 after being selected in the 2012 NFL Draft.

In the same year, he signed with the Buffalo Bills for an estimated $2.6 million.

He finished his rookie campaign with 37 solo tackles, 57 combined tackles, and 11 stars.

Since then, he has faced the Tampa Bay Buccaneers, New England Patriots, San Diego Chargers, and others.

He became a free agent in 2016 after leaving his position with the Bills.

He signed a two-year, $7 million contract with the Philadelphia Eagles in 2016.

The contract was then renewed for another five years and $40 million in 2018.

After his contract with the Eagles expired in 2020, he signed with the New Orleans Saints.

On October 5, 2020, the Denver Broncos added Bradham to their practice squad.

Barkley, who was born into an athletic household, was a standout high school football player.

He also participated in basketball and track and field, for which he received numerous awards.

They are the players with the most career rushing touchdowns, rushing yards (freshman and sophomore), and total yards.

In 2018, he scored his first NLF touchdown against the Jacksonville Jaguars.

Finally, he extended his contract with the Giants for another year in April 2021.

He works out extensively to stay fit for his demanding role, including 700-pound squads, pound lifts, defensive tackles, and power cleans.

With his constantly changing workouts, he likes to physically challenge himself. 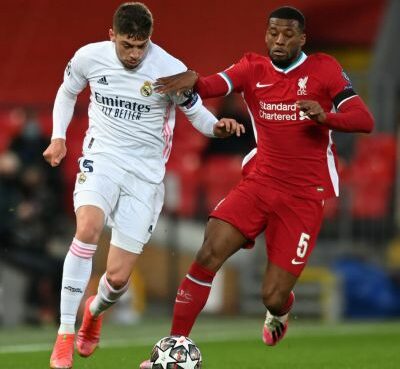 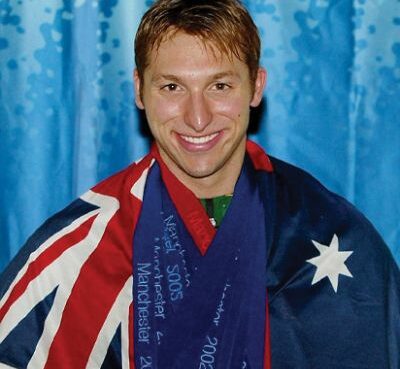 Who Is Ian Thorpe? Ian Thorpe won five Olympic gold medals, the most of any Australian. Ian Thorpe competed in 13 events at a state meet and set under-age NSW records in all of them at the age of 12.
Read More